Robbie Fowler ended ten months of frustration by helping Blackburn Rovers reach the fourth round of the Carling Cup.

The former Liverpool striker marked his debut for the club by setting up the winner for Martin Olsson.

Fowler, 33, arrived on trial in the summer after failing to agree terms to extend his stay with Cardiff City.

His enthusiasm for playing again in the Premier League was rewarded when manager Paul Ince handed him a three-month performance-related deal.

The only downside for Ince was that goalkeeper Paul Robinson came off with a knock after 13 minutes and to be replaced by Jason Brown.

Blackburn made the breakthrough in the tenth minute with Olsson's first goal for the club.

The left-back played a neat one-two with Fowler before rifling a shot beyond Tim Howard. It was a sweet move that was started by veteran Turkish midfielder Tugay.

Matt Derbyshire then came close to adding a second with Everton looking slightly vulnerable at the back at this stage of the match.

Blackburn kept up the pressure and Keith Treacy scampered forward in the 20th minute, only for Howard to parry his effort to safety.

Everton hit back and Segundo Castillo rattled in a shot that was blocked before Phil Jagielka headed wide after a good cross from Jack Rodwell.

Fowler was seeing a lot of the ball and latched on to a flick from Derbyshire, only to fire wide.

Everton almost drew level in the 33rd minute when Marouane Fellaini got away from his marker and on the end of a cross from Jagielka but headed narrowly wide.

He cut the ball back to Fowler but the striker could not get a good enough touch and the chance was lost.

There was another scare for Everton in the 39th minute when Derbyshire got clear, only to be pulled back as he had strayed offside.

Derbyshire and Fowler were forming a decent partnership and Everton were having to be on their guard.

Fowler then linked up with Villanueva a minute before half-time, only for the winger to send his effort over the crossbar.

Everton manager David Moyes decided to shake things up and brought on Tim Cahill and Ayegbeni Yakubu at the start of the second half for Fellaini and Castillo, who had both been ineffective.

Blackburn poured forward and Villanueva saw his effort blocked by Jagielka in the 56th minute.

A minute later Derbyshire squandered a glorious chance of extending their lead. Clear on goal, he somehow contrived to send his close-range shot wide of the post.

The game was still wide open and Everton looked stronger for the presence of Cahill and Yakubu.

They nearly drew level in the 69th minute but Cahill headed over the crossbar following a cross from Lescott.

Everton eventually found the net in the 75th minute but Vaughan's effort was disallowed for an infringement.

Even though he had not played a full game for ten months, Fowler looked in good shape.

He tried to chip Howard from the edge of the area but sent his effort wide as Blackburn saw out the game. 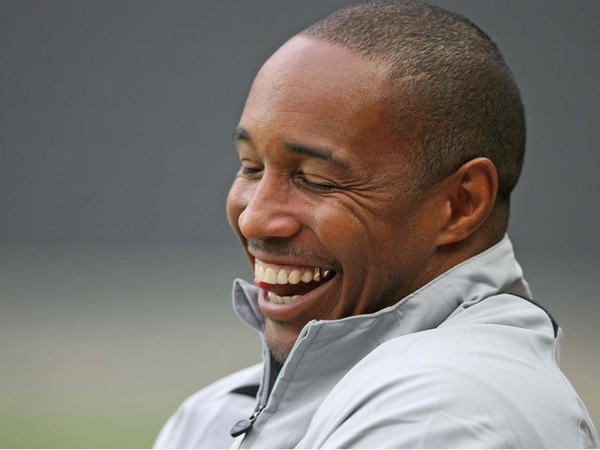