Sligo Rovers jumped to fourth in the eircom League Premier Division after an impressive victory over Bray Wanderers at the Showgrounds.

Matthew Judge opened the scoring on eight minutes, Fahrudin Kuduzovic got the second on 55 minutes, and defender Seamus Coleman wrapped it up with a fine finish late on, as Rovers’ brought a halt to Bray’s seven-game unbeaten run.

Judge was making his first start of the season after Romuald Boco failed a fitness test.

Elsewhere, Rovers were without the suspended Jamie MacKenzie and Chris Butler, but defenders Gavin Peers and Seamus Coleman were passed fit to play, despite missing Tuesday’s U23 international through injury. Anto Murphy also returned from injury to start in midfield, and turned in a man of the match display.

Bray were without the banned Mark Duggan, and Rovers dominated the opening half, with the Seagulls strangely subdued.

Judge had Rovers ahead in the eighth minute when he looped a header into the net after Brian Cash challenged Bray keeper Chris O’Connor for a high ball.

Bray players felt O’Connor was fouled, but referee Mark Gough was well positioned and had no doubts about awarding the goal.

The lively Murphy twice had efforts on goal in the next ten minutes, but Rovers’ best chance of claiming a second for the half came on 24 minutes after a well-worked free.

Kuduzovic played it short to Judge at the edge of the area, and the striker flicked it into the run of Cash, who smashed his shot across the face of goal and wide.

Bray didn’t test Rovers keeper Richard Brush until the 38th minute, although Sligo native Alan Cawley hit the target with a couple of efforts late in the half, Brush dealing with both.

Rovers deservedly went two-up ten minutes into the second-half, thanks to a bit of brilliance from Kuduzovic. Conor O’Grady broke down the left before picking out the Bosnian just inside the area. Kuduzovic skipped past three defenders and rifled the ball into the top of the net.

Bray had a decent chance of an equaliser minutes later when Cawley clipped the ball into captain Colm Tresson at the edge of the box, but the midfielder’s fine volley was gathered by the impressive Brush.

But their best chance came on 80 minutes when Tresson’s pass picked out Derek Foran in the box. His shot, however, came back off the foot of the post.

As Bray pushed forward in search of a response, Rovers had a number of chances on the counter-attack. Kuduzovic and Raffaele Cretaro were both denied from close range by O’Connor, while substitute Steve Feeney chipped a shot just too high.

But Coleman wrapped it up with two minutes remaining after exchanging passes with Kuduzovic before firing home his first goal for the club. 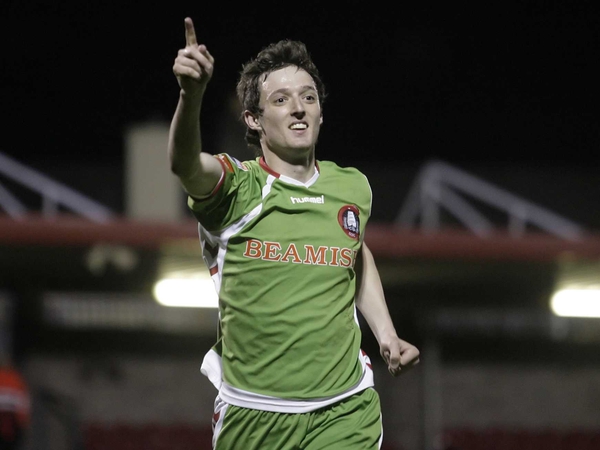