Gary Megson paid the price for fielding an under-strength side as Bolton Wanderers followed Everton and Spurs out of this season's UEFA Cup at the last-16 stage.

Portuguese outfit Sporting were an unremarkable team, and it will be a major surprise if they go on to win the competition in May.

But against a Bolton side shorn of several stars - with Premier League survival the focus - Sporting clinched their quarter-final place via Bruno Pereirinha's 85th-minute strike to give them a 2-1 win aggregate victory.

With so many key players left at home, it was left to the Whites' second string to fly the flag and bid for a last-eight place.

Megson's focus is firmly on Sunday's clash with relegation rivals Wigan at the JJB Stadium, and understandably so with the club now back in the bottom three.

The millions of pounds available for survival far outweigh the prestige of winning a piece of silverware, a sad indictment of the financial pressures placed on top-flight managers these days.

So unsurprisingly it was a weakened side that took on the challenge of stopping a strong Sporting team, albeit one that has struggled in their own league this season.

Like Megson, Lisbon coach Paulo Bento is under pressure himself, although his side are facing an uphill task to qualify for next season's Champions League. What Megson would give for that kind of luxury.

Yet despite the players on view, it was primarily a reserve team that drew 2-2 at Bayern Munich, beat Red Star 1-0 in Belgrade and held Atletico Madrid to a goalless draw in Spain this season.

There was no reason to suggest Sporting would pose a greater threat than any of those illustrious three teams, and for the most part so it proved.

After 66 seconds, when Ali Al Habsi turned aside a 25-yard left-foot free-kick from last week's goalscorer Simon Vukcevic, Lisbon suggested they would dominate this leg.

But at times the home side appeared like a club 20 points off the pace being set by Porto at the top of the Portuguese League as they were all-too-often wild with their paces.

Naturally they enjoyed the majority of the play, creating one fine opportunity in the 31st minute.

With right-back Jlloyd Samuel the weak link in Bolton's defence, Pereirinha delivered a cross that was flicked on by Vukcevic to the far post where a full-stretch Marat Izmailov steered the ball over the crossbar.

A stray Samuel pass earlier in the half had allowed leading scorer Liedson to tee up Vukcevic, but his drive from the edge of the area was a yard wide.

Sporting finished the half with Leandro Romagnoli pulling another good save out of Al Habsi, but for all their possession, that was as much as they created.

Bolton had one effort from Portugal Under-21 international Ricardo Vaz Te that struck the sidenetting, while Danny Guthrie forced Rui Patricio into a fine, low save at his near post.

Bolton's endeavour certainly could not be faulted, but all too often it appeared the ball would not drop kindly for them in the penalty area.

They also perhaps lacked a greater degree of belief and conviction because while Sporting contined to enjoy the lion's share of possession after the break, they barely troubled their visitors until late on.

Al Habsi made a straightforward save in the 56th minute, stooping low to collect a 20-yard drive from Pereirinha, who eventually grabbed the all-important winner five minutes from time.

At that stage Bolton were committing more men forward, but in turn, and with tiredness also setting in, chances to started to open up at the back.

After Liedson sidefooted one chance that was parried by Al Habsi, the Oman international was then beaten soon after courtesy of a superb curled left-foot strike into the top right-hand corner.

Al Habsi then denied Joao Moutinho a minute later as Bolton were a spent force at that stage, with their efforts in vain.

So now it is all hands to the pump for the remaining ten matches of the season, at the end of which Europe will be a distant memory. 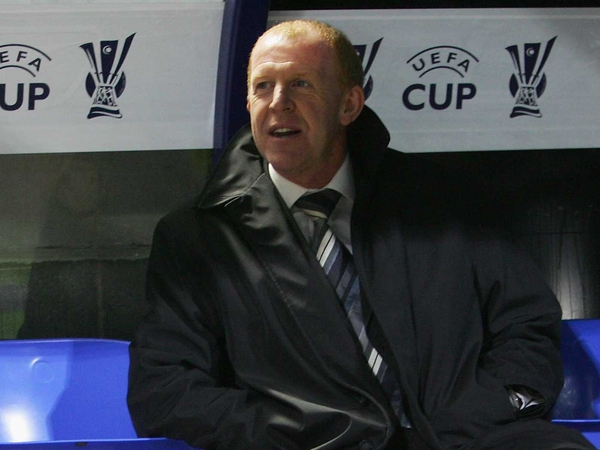