Longford hit the front after 12 minutes when man-of-the-match Iarlaith Davoren latched on to a clever flick from Damian Rushe and his sublime lob left Steve Williams stranded in no man's land.

However, Longford were back in front just five minutes later. Darren McKenna was played through by Davoren but saw his shot parried by Williams. However, Davoren followed up to smash the ball home.

Striker McKenna joined in on the scoring act after the break as Longford ran riot. He grabbed a second half hat-trick starting with Longford's third goal in the 51st minute.

He then headed past Williams for goal number four just eight minutes later and he completed his treble just after the hour.

It was an awful night for Fingal who had Brian Gannon and Dave Bracken dismissed by referee Hugo Whoriskey. 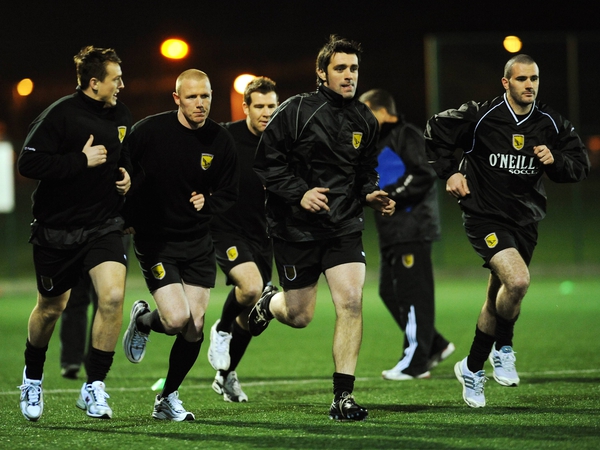