Volkan Demirel was the hero for Fenerbahce as they advanced from a penalty shoot-out into the Champions League quarter-finals for the first time in their history.

After 90 minutes Sevilla led 3-2 to cancel out the first-leg deficit and make the scores 5-5 on aggregate, and with no goals in extra time it was left to visiting goalkeeper Volkan, who saved from Julien Escude, Ivica Dragutinovic and Dani Alves.

Volkan had earlier gifted Sevilla a two-goal lead within nine minutes, as four goals were scored in a pulsating first half.

He failed to deal with long-range efforts by Dani Alves and Seydou Keita, and although Brazilian forward Deivid pulled a goal back for Fenerbahce on 20 minutes, Sevilla restored a two-goal advantage with a deflected Frederic Kanoute shot just before half time.

Deivid pounced for his second with 11 minutes left, and with no more goals after extra time it was left to Volkan to make amends for his earlier errors.

He saved Sevilla's second penalty from Escude, and although Palop kept out Edu Dracena's powerful effort in response, Volkan then stopped Enzo Moresca's blasted shot and punched away Alves' powerful effort to send the Turkish side through.

Sevilla had dominated from kick-off, their early pace troubled the Fenerbahce defence, and when Keita was held back by Selcuk Sahin the home side fortuitously took a fourth-minute lead with the resulting free-kick.

Alves' powerful 35-yard strike was straight at Volkan, who could only punch the ball into the top corner putting Sevilla ahead in the tie under the away goals rule.

Their confidence yielded a second goal just five minutes later, Keita striking a left-foot swerving shot from a similar range which deceived the 26-year-old Turkey goalkeeper and flew into the top-left corner.

Fenerbahce began to recover and Deivid scored on 20 minutes, shooting low from 12 yards through an advancing crowd after a Mehmet Aurelio corner had not been cleared.

Both sides then went close as space opened in midfield, and Sevilla took advantage five minutes before the break.

Alves crossed from the right to Kanoute, who controlled with his chest from 12 yards and fired a low volley at goal, which was deflected by Gokhan Gonul past the helpless Volkan.

Sevilla held on for the rest of the half, Christian Poulsen clearing off the goal-line deep into injury time after Aurelio had set-up Deivid's shot.

Fenerbahce played with more fluency in a quieter start to the second half, and came close to an aggregate equaliser through Alex and then two chances for Ugur Boral.

And the home side paid the price for their own missed opportunities on 79 minutes as Fenerbahce drew level on aggregate.

Deivid crept unmarked behind the defence to latch onto a long free-kick from Alex, and first hit the post before pouncing on the rebound to score from two yards.

The game remained 3-2 after 90 minutes and went into extra-time, where both sides struggled to maintain their earlier intensity.

Deivid had chances for a hat-trick, but missed two 20-yard efforts within a minute while Alves shot a 25-yard free kick wide on 99 minutes.

Alves hit a 25-yard free kick against the wall in injury time, and the game went into penalties, where Volkan's saves ensured a safe passage for Fenerbahce. 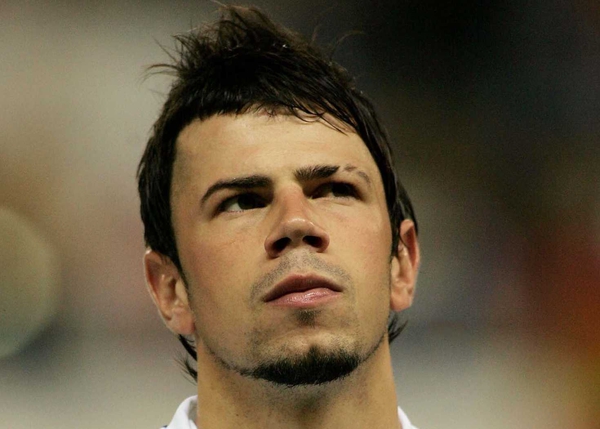