Steve Staunton's Republic of Ireland players delivered the best possible tribute to their manager, who lost his father last Saturday, with an emphatic victory in Aarhus.

Two goals each for Robbie Keane and Shane Long earned easily the most impressive win of Staunton's career as Republic boss, and rubbished his side's reputation as bad travellers.

Staunton, who started with an experimental midfield, could hardly have wished for better preparation for his side's crucial European Championship double-header in Slovakia and the Czech Republic next month.

His side recovered from a sluggish start to grab the lead through Keane in the 29th minute, and the Spurs striker went on to claim his 31st Republic goal with a diving header four minutes from the break.

Substitute Long completed the rout with a second-half double, the first of which was a follow-up to a rasping effort from debutant Darron Gibson, whose shot was parried by keeper Jesper Christiansen.

It was some first touch for Gibson, the Manchester United teenager who recently found himself at the centre of an eligibility dispute with Northern Ireland, whom he represented at Under-16 level.

Gibson was just one player, along with the likes of Long and, in particular, Celtic's Aiden McGeady, who seized their chances to give Staunton a selection dilemma for next month's vital games.

Slovakia and the Czech Republic are certain to provide stronger tests than the toothless Danes, whose own preparations for next month's clash with Sweden are now in turmoil.

It might have been different had Denmark capitalised on a bright start following a well-observed minute's silence for Staunton's father before kick-off.

Then former Charlton man Dennis Rommedahl skipped past Steve Finnan and crossed for Arsenal's Nicklas Bendtner, who headed against the underside of the bar.

Moments later the Danes had another chance when Jesper Gronkjaer set Tomasson clear into the left side of the box but his low shot was well saved by Henderson.

But the Republic snatched the lead out of nowhere when Andy Reid's superb through-ball split the Danish defence and Keane nipped inside Gravgaard before lofting the ball home.

And the Republic snatched a second goal on 40 minutes when McGeady delivered a superb cross from the right and Keane scored his second with a diving header past Jesper Christiansen.

Denmark came close to reducing the deficit two minutes later when Gronkjaer's fierce volley from the edge of the box was tipped over by Henderson.

Staunton's half-time substitutions proved inspired, with Gibson's rasping effort blocked into the path of another replacement Long, who gleefully bundled the ball home.

It was developing into a tremendous performance from the visitors, who almost had a fourth when John O'Shea powered a 58th-minute header into Christiansen's arms.

That fourth duly arrived in the 66th minute when the excellent McGeady played Long clear and the Reading man coolly fired his second of the game past Christiansen.

Former Rangers man Peter Lovenkrands had a clear chance for the Danes in the 72nd minute but his rising shot from the left side of the box rasped narrowly high and wide.

Then Dunne was fortunate to head the ball inches past his own post as the home side belatedly began to pile on the pressure. But nothing was going to spoil a glorious performance by the Republic. 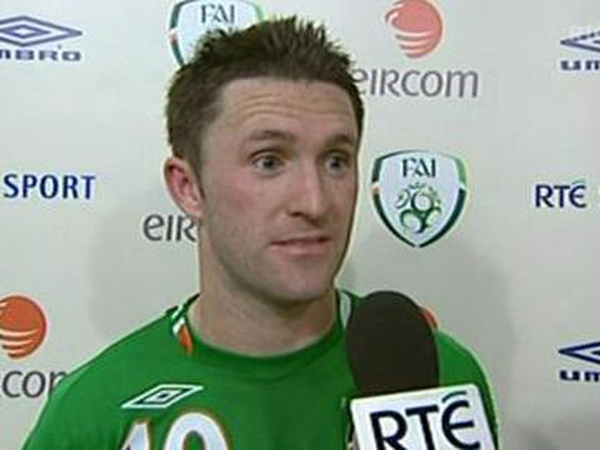