A stunning Dean Delaney save in the dying moments denied Sligo Rovers what would have proven an undeserved FAI Cup win on a damp, blustery night at the RSC.

The United keeper lunged magnificently to his left to keep out Fahrudin Kudozovic’s superb 20 yard-free kick at the conclusion of a hard fought cup tie.

Blues manager Gareth Cronin needs Tuesday night’s replay at the Showgrounds like a hole in the head, given the visit of Cork City to Waterford for the Munster derby three days later.

United controversially took the lead on the quarter hour after referee Alan Kelly over-ruled assistant Ken Hennessy, who had flagged for offside as Karl Bermingham stabbed the ball home from six yards.

The Blues striker pounced on an unconvincing header from Sligo’s Jamie McKenzie who, under pressure from Ray Scully, failed to deal adequately with Daryl Kavanagh’s inswinging cross from the right.

The hosts, who saw Cathal Lordan’s curled effort sail a couple of feet wide of Richard Brush’s left-hand post on seven minutes, enjoyed the brighter start in terms of territory and possession.

But their lead would last for only 13 minutes, as Rovers restored parity following their first meaningful attack on a windswept, rain-lashed evening.

Finding space down the left flank, midfielder Brian Cash swung a daisy cutting cross into the path of Adam Hughes, who shrugged off David Breen’s intentions to slam the ball low beyond Dean Delaney.

Six minutes after the break, Waterford came within inches of regaining the lead, as David Breen’s looping header was cleared off the line by Seamus Coleman following Cathal Lordan’s corner.

As it was in the first half, United established the tempo, pinning Sligo back into their defensive third, but didn’t overly trouble Richard Brush, with efforts from Lordan and Paul McCarthy sailing wide.

Yet for all Waterford’s dominance, Sligo came close to stealing an advantage on 66 minutes, with only the head of the grounded Kenny Browne denying Brian Cash what looked like a certain goal.

With 20 minutes remaining, Sligo began to exert some pressure, with Raphael Cretaro drilling a shot low into Delaney’s midriff. Minutes later, Stephen Manson’s effort skidded across the six yard box, but no red shirt was on hand to divert the ball home.

Paul Cook’s charges continued to press; as Fahrudin Kudozovic’s 30-yard free kick sailed a couple of feet over the United crossbar as the game entered its final 10 minutes.

But try as both sides undoubtedly did in the closing minutes, neither could muster a winner. 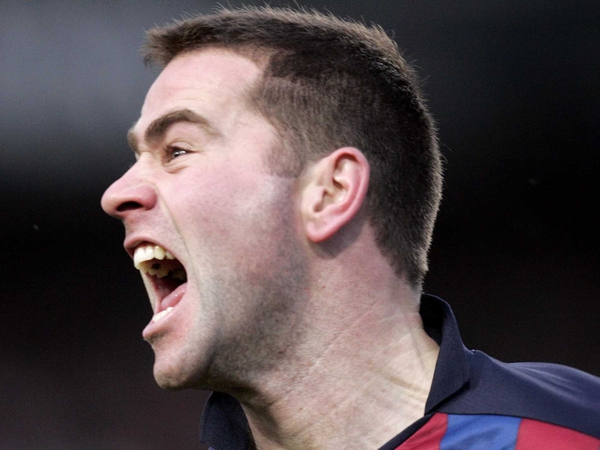