Celtic star Shunsuke Nakamura capped off a perfect day as he was voted SPFA Player of the Year on Sunday.

The Japan international, 28, beat off strong competition from team-mates Lee Naylor and Artur Boruc, as well as Aberdeen skipper Russell Anderson, to pick up the prize at a ceremony in Glasgow.

But the modest midfielder was keen to play down his own role this season, insisting every single player in the Parkhead dressing room deserved recognition for their achievements.

He said: 'I'm very pleased but this isn't something you can get on your own - it's down to the whole team and also the supporters.

'All the players deserved to get this award. For example, a player like Neil Lennon is not really in the limelight but he is so important in the background and without players like him we wouldn't have our style of play.'

Nakamura also won Goal of the Season for his cheeky lob against Dundee United, which earned Celtic a 2-2 draw.

There were more celebrations in the Celtic camp when Gordon Strachan was named Manager of the Year.

The Hoops boss was not at the Thistle Hotel to collect his award, which was accepted on his behalf by his captain, Neil Lennon.

'He has been great for me,' the skipper said. 'We have a great professional relationship and I've really enjoyed the last two years.

'He has actually prolonged my career because I wasn't going to play as long as I have done, but to have this luck and success has been fantastic.'

However, there was to be no clean-sweep for Celtic, with Aiden McGeady beaten to the Young Player of the Year by Kilmarnock's Steven Naismith. 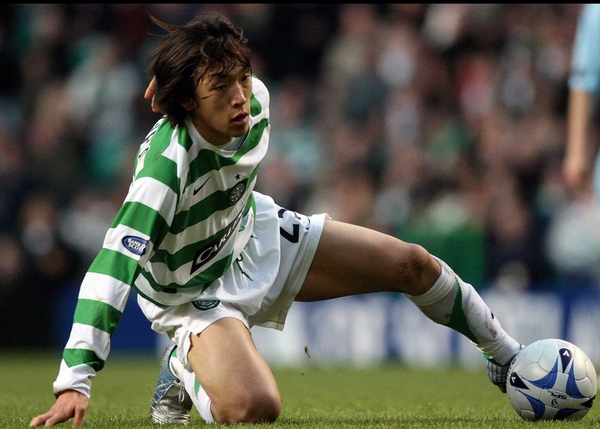