Republic of Ireland manager Steve Staunton has named his side to face Slovakia in Croke Park on Wednesday.

The suspended Robbie Keane has been replaced by Reading striker Kevin Doyle, while Celtic starlet has been drafted in to the starting line-up at the expense of Leeds United midfielder Jonathan Douglas.

In Keane's absence, Shay Given will lead out the team after recovering from a knee injury sustained in a collision with Welsh striker Craig Bellamy. 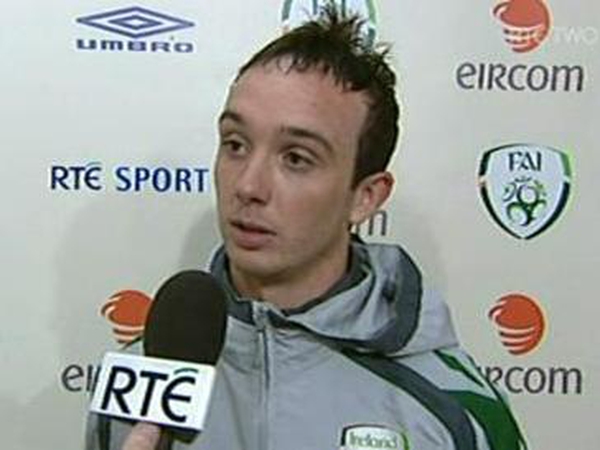 Ireland calls on fans to deliver