A furious Roy Keane signalled his war with the Football Association of Ireland was far from over today - a year after hanging up his boots.

Keane, whose spat with former Ireland manager Mick McCarthy divided the Republic, launched a fresh attack on the governing body five years after the Saipan debacle, this time claiming that there is a conspiracy against Cork-born players.

The Sunderland manager accused the Football Association of Ireland (FAI) chiefs of infecting the national squad with mediocrity while discriminating against Cork players.

He said: 'It definitely doesn't help Liam Miller. If he was (from) further up the country, I'm pretty sure he would be in the Irish squad.

'I don't just say these things. There's no doubt in my mind that Liam Miller being from Cork certainly doesn't help him.'

The Corkonian said his early career was frustrated by Dublin-based officials overlooking him in favour of players from the capital city.

'It happened to me when I was 17, 18 years of age, being in Irish squads with youth teams, not getting a game and lads ahead of you, who are still a year younger than you, who could have played a year later, getting a game,' he said.

'It happened to me at Bray Wanderers when I played France for the Irish under-16s or 17s - lads getting on in front of me who still had another year under age, the following year.

Asked if Cork-born players had to play better than everybody else to get selected for the national squad, he replied: 'You've hit the nail on the head. Without a doubt.'

At a charity fundraising launch for Irish Guidedogs for the Blind, the former Nottingham Forest, Manchester United and Celtic star also criticised his former international team-mates.

Ahead of this weekend's European Championship qualifier, Keane suggested several senior members of the side were only getting picked by manager Steve Staunton because of their media image.

He explained: 'There's a fine line between loyalty and stupidity. A very fine line. You've got to be loyal to lads who've done okay, but once you keep playing them on the reputation they've built up through the media or because they do lots of interviews, then it's wrong - it's 100% wrong.

'Come Saturday against Wales the senior players - four or five of them - have to step up to the plate. But they've been asked before.

'That's why I don't get bogged down by saying we've got world-class players with Ireland. You look at some of our lads at the bigger clubs...none of these players at this moment in time are setting the world alight at their respective clubs.'

Keane berated the team for celebrating after beating San Marino and advised them to take a lesson from Ireland's other national sports sides following their recent successes.

'The FAI, the soccer, can learn a lot from the rugby lads, even the cricket lads. If you go into something believing you're going to get there, then there's a good chance you'll get there,' he said.

'If you think you're not going to get there I guarantee you won't get there. And that definitely comes from the top, the FAI.

'If you cut corners, that gets through to the teams. If you do things half-measured, you're not going to get nowhere.'

On the FAI, he added: 'If you're used to mediocre, that will get through to the players. A "that'll do" attitude has been going on far too long. That'll do the Irish fans. That'll do us. But I think the Irish fans are getting a bit fed up with it.' 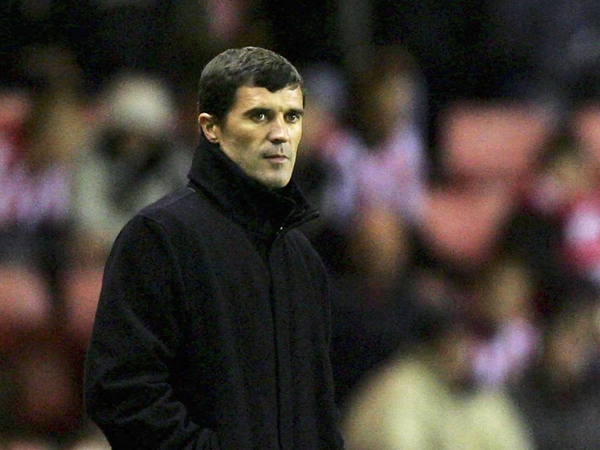