Keane claimed after last night's shambolic 2-1 win over the worst team in Europe in San Marino that all that mattered was the three Euro 2008 qualifying points.

However, Stephen Ireland's last-gasp strike merely papered over alarming cracks that were first evident in the 5-2 humiliation to Cyprus four months ago.

It would appear little has altered since then, and those who made their way to the Serravalle Stadium voiced their discontent.

The team were booed, Staunton was roundly criticised, while there were demands for Football Association of Ireland chief executive John Delaney to quit.

'I can understand their frustration because they pay a lot of good money to see good football and us do well, and they didn't see that,’ said the Tottenham striker.

'But if you ask any fan, while they might be disappointed with the performance, they will be delighted with the win.’

Irish fans looked anything but delighted and were stunned at just how close Ireland came to making history as San Marino had previously lost all 37 of their European Championship matches.

Reiterating his point, Keane added: 'Obviously I'd be more gutted if the game had finished 1-1.

'We're not happy with the performance ourselves, none of the lads are.

'It's not as we would have liked, and not what people expected, but sometimes in football these things happen. That was proven last night.

'The most important thing is the three points. That's what we came for, and we would have taken it before the game. We're thankful we got them.

'If you ask anybody in football, it's about winning, and that's what we did.’

When asked about the derision from the stands, Keane countered: 'I'm not bothered about that. A win is a win.

'We obviously had a lot of the play, while they scored with their one chance and that knocked us back.

'But we showed a lot of character to come back. We've also a lot of young players with us, and they will learn from this.'

It remains to be seen what lessons - if any - Staunton may have learned because last night's result means the pressure will be considerable ahead of next month's double-header with Wales and Slovakia at Croke Park.

Keane is confident the supporters will be right behind the team and Staunton for those matches.

'I'm sure the atmosphere will be completely different with over 70,000 people there,' added Keane.

'The one thing about the Irish fans is they are tremendous. They always get behind the team, and I see no reason why they won't do that at Croke Park.

'It's a new stadium and something everyone is looking forward to.' 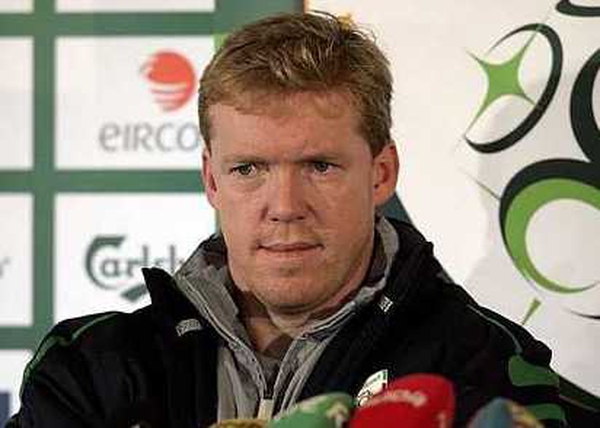