Shay Given was named as the Eircom/FAI International Player of the year for the second consecutive occasion to complete a double celebration this week for the Newcastle United goalkeeper.

Given became a dad for the second time three days ago with his wife Jane giving birth to a baby daughter Sienna.

The 30-year-old followed that up with this latest personal accolade, beating Reading striker Kevin Doyle and Newcastle team-mate Damian Duff to the award.

Doyle, though was voted the Young Player of the Year following an outstanding 2006 for the Royals, and in particular, helping them to promotion to the Barclays Premiership.

Doyle, a bargain buy from Cork City for Reading manager Steve Coppell, has since proven himself at the highest level in England by scoring 10 goals.

The 22-year-old also scored his first goal for the Republic of Ireland in last November's 5-0 European Championship qualifying victory over San Marino after making his debut earlier in the year.

It was Given, however, who clinched the top honour, which he dedicated to his new baby daughter.

'I'm a very proud father,' beamed Given. 'But I am delighted to pick up this award as well.

'It's a very special honour, and now I am looking forward to the games coming up in 2007.'

Given is currently sidelined with a grade two tear to the left side of his groin which has kept him out for the last two weeks.

Although he misses Wednesday's return game with San Marino at the Serravalle Stadium, he is confident of playing in the two games against Wales and Slovakia at Croke Park towards the end of next month.

'I should only be out for another two to four weeks,' added Given.

'I'm disappointed not to be with the rest of the lads on Wednesday, but I am sure they will get the three points and then we can look forward to those games in March.'

Doyle is also out at present with a hamstring problem, and he too misses Wednesday's game with the striker pencilling in a return within the next couple of weeks.

But in reflecting on a glorious 2006, Doyle said: 'I never expected it. It was great.

'Hopefully 2007 will be just as good for me, even though I'm injured at present.

'I'm looking to be back in a week, maybe a little longer, but certainly I'm returning quicker than I expected.'

Reading will at least still be represented against San Marino by newcomers Stephen Hunt and Shane Long, after they were named in the squad by manager Steve Staunton.

'I may be missing out, but they will be flying the flag for Reading,' added Doyle

He said he was delighted with the award and also wished Shelbourne and their CEO Ollie Byrne well as he recovers  from surgery in hospital.

Luton Town's Kevin Foley claimed the Under 21 Player of the Year Award award. 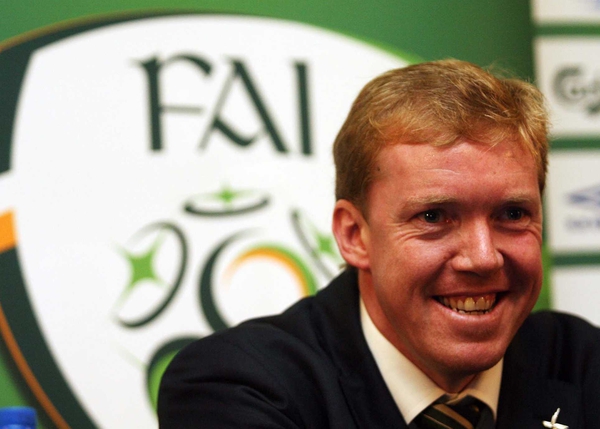 Ireland set to play US friendlies