The on-loan Arsenal player began November by firing his second hat-trick in two games in a 3-0 victory at Dunfermline.

The Irishman also scored SPL goals against Motherwell and Kilmarnock to take his tally for the season to 13.

The 18-year-old came on during the Republic of Ireland's 0-0 B international draw with Scotland - 24 hours after appearing against Hearts in the SPL.

He scored at Parkhead before the Bairns knocked Celtic out of the CIS Insurance Cup on penalties.

Falkirk boss John Hughes has been trying to extend the teenager's loan deal into the new year, but a number of clubs including Celtic and Wolves have been watching him.

The only down side for Stokes in November was his controversial red card against Well, which forced him to miss Falkirk's victory over Rangers on Sunday. 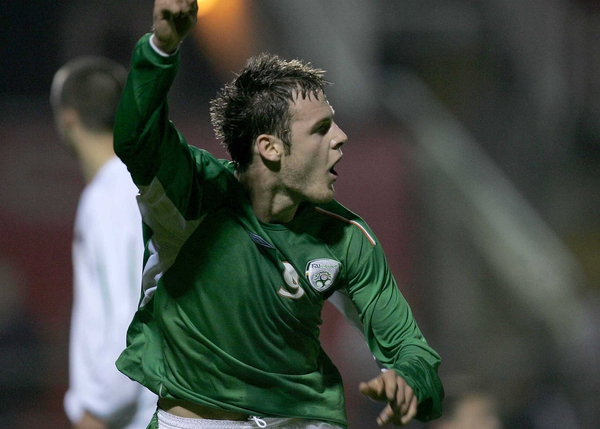 Celtic confirm their interest in Stokes