Listen to Cyprus v Rep of Ireland live on RTÉ Radio 1 this Saturday. We will also have a live text matchtracker on RTÉ.ie.

Republic of Ireland boss Steve Staunton and captain Robbie Keane would both gladly settle for a fraught 1-0 victory tonight over Cyprus.

Singing from the same hymn sheet, Staunton and Keane presented a united front ahead of the European Championship qualifier at the GSP Stadium in Nicosia.

The message was loud and clear: It doesn't matter how we win, as long as we win.

Fans were on the edge of their seats exactly a year ago when Ireland faced Cyprus in a World Cup qualifier.

An early goal from Stephen Elliott appeared to be the cue for the floodgates to open, but instead it led to a wave of chances for the hosts.

Goalkeeper Shay Given was inspired that night, producing a string of saves, including one from the penalty spot to guarantee Ireland the three points.

So as far as Staunton and Keane are concerned, if Ireland have to win ugly again, so be it.

‘Last year, the result was fantastic. It was three points, and I'd take that tonight," insisted Staunton.

‘If we get three points, I don't care. It's all that matters, just to get our campaign rolling. That's what it's all about.

‘If we don't get the three points, it's not an absolute disaster, because there's going to be points won and lost in a few places during this campaign.’

Tottenham striker Keane, on the receiving end of the Cypriot counter last year, added: "At the end of the day, football is about winning, regardless of how you play.

‘Everybody wants to play nice football and play with a good tempo. Last time we didn't do that.
‘But if you said to me “would you take 1-0 again?”, I would have to say yes.’

‘It's a blow, but we knew all week he would be struggling," stated Staunton, who hopes the Reading forward will be available for the game on Wednesday against the Czech Republic at Lansdowne Road.

‘Although he did more yesterday, he is not right and we're not going to risk him, but hopefully he will be ready for Wednesday.

‘We won't overwork him on the training ground. We will work him in the gym, keep him off the ankle and give him every opportunity. Please God, come Monday or Tuesday he will be raring to go, ready fit and able.’

Paddy Kenny will take over in goal from Given for his first competitive start. The Sheffield United stopper is looking to forget his last appearance when Ireland were beaten 4-0 by Holland in a friendly in August.

‘It was a toss-up between Paddy and Wayne Henderson, but Paddy will start,’ confirmed Staunton.

‘Paddy has played in the Premiership, has more experience, so he gets the nod, and now it's up to him to take his chance.’

After opening the campaign with a 1-0 defeat to Germany in Stuttgart at the start of last month, the pressure is on the Republic to kick-start their campaign.

‘I'm expecting it to be very difficult,’ added Staunton, who will watch the game from stands as he serves a one-match touchline ban following his dismissal from the dugout against Germany.

‘We're looking to get a win. We obviously want to win every game, and it won't be for the lack of trying that we don't achieve that.

‘But, as I've said before, we're aiming for the future. The Irish fans know, although we'll give our all, we are in a transitional period.

‘I can at least say the enthusiasm, attitude and commitment of the players all week has been spot on.

‘They're fully committed, they know what's expected of them, and they're now really looking forward to it.’ 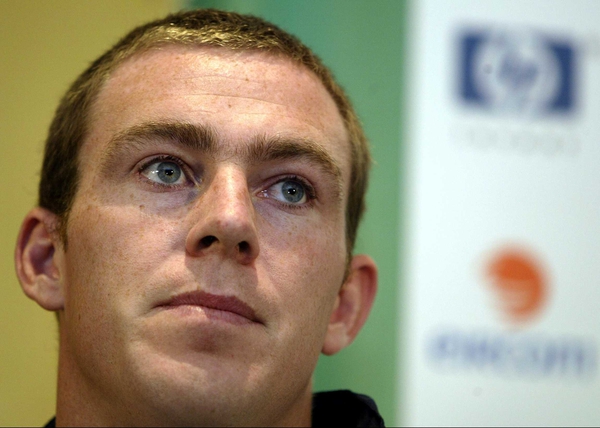