Both Argentina internationals signed for the Hammers on August 31, and despite their reputation neither has made a significant impact in the Barclays Premiership.

Basile, appearing on Argentinian TV channel TyC Sports, said: 'I hope both leave that club as soon as possible. I think they are half-hearted and I'm really worried about that. They play as if they are unenthusiastic.

'I hope for God's sake that Mascherano can go to Juventus as it has been said, even if he has to play in the second division (in Italy).

'And Tevez can play in any position in the attacking line, but not as a left-winger like he is currently playing.'

Tevez and Mascherano joined from Brazilian club Corinthians, with West Ham hoping they would add quality to the side which reached the FA Cup final last season.

They were brought to London by Kia Joorabchian, the businessman who is considering launching a takeover at West Ham, with intrigue surrounding the transfer.

More than five weeks on, there remain suspicions that the players are using West Ham as a stepping stone to a bigger club, however the club insist the pair are on four-year contracts.

West Ham drew with Aston Villa in the first match after the double signing, but have since lost five consecutive games, including both legs of a UEFA Cup first-round tie against Palermo.

Basile is apparently concerned Tevez and Mascherano's disappointing club displays will translate onto the international stage, with Argentina to face Spain next Wednesday in a friendly. 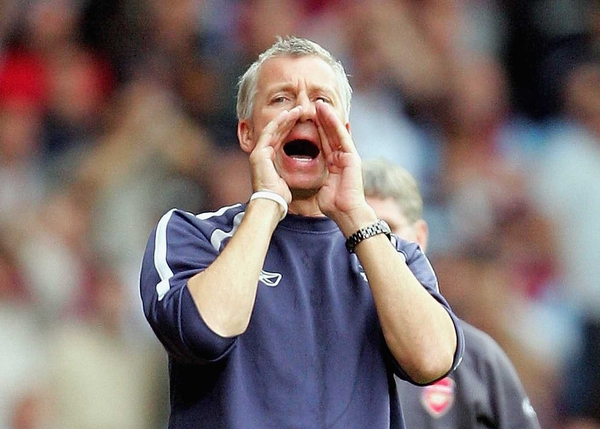