Lansdowne Road should host the UEFA Cup final in 2010 if its rebuilding is completed on time, the CEO of European football's governing body said today.

Lars-Christer Olsson confirmed that his organisation are also hopeful of awarding the finals of the under-21 European Championship to Ireland in the following year.

‘If all goes well, Ireland should expect to host the UEFA Cup final in 2010 and most likely the under-21 finals in 2011,’ Olsson told Reuters, adding that UEFA hopes to stage a Champions League final in the Irish capital in the near future.

‘Ireland showed last week with the Ryder Cup that it is capable of hosting the world's major sporting events,’ John Delaney, CEO of the Football Association of Ireland (FAI) said.

‘Bringing a Champions League or UEFA Cup final to Lansdowne Road will have a similar impact in terms of promoting the country around the world and represents an excellent dividend.’

Olsson made the announcement at the European Parliament in Strasbourg following a meeting with Delaney and Ireland's European Commissioner for the Internal Market, Charlie McCreevy, in which they discussed the future governance of the game.

According to the soccer chief, UEFA envisages the under-21 finals as a joint venture between the Dublin-based FAI, which is in charge of the game in the Republic, and the Belfast-based Irish Football Association (IFA), which governs the game in Northern Ireland.

‘Basically you need four to five small to medium size stadiums and one very large one, so this would really have to be shared between the two associations,’ Olsson said.

If approved, it will be the first time that Ireland will host a major European soccer final or major tournament.

Work on redeveloping Lansdowne Road, which hosts Ireland's soccer and rugby internationals, is set to begin in January with completion of the new 50,000-seater stadium expected by 2009.

‘The stadium needs to be up and running for at least a year before we would give the go ahead, but at the moment it's all systems go,’ Olsson said.

During the rebuilding of Lansdowne Road, Ireland will play their Euro 2008 qualifying games at the 80,000 state of the art Croke Park. 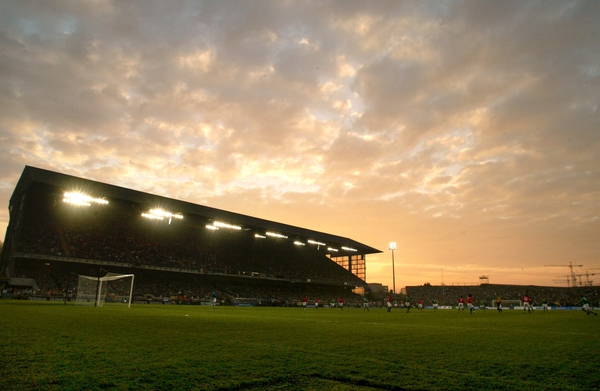