Last year, Roy Keane spoke to RTÉ Radio's Colm Keane as part of a series on the legends of Irish soccer. Click here to listen to Keane discuss his progress from Rockmount to Manchester United and his plans for retirement.

Roy Keane today announced his retirement from football because of injury.

In a statement, the Celtic midfielder player claimed he was quitting following medical advice.

In a shock announcement, the 34-year-old confirmed the news on the Celtic website: "Having received medical advice from my surgeon and the Celtic FC doctor, I feel my only option is to retire."

"I would like to send the manager, the staff, players and supporters my very best wishes for the future."

Celtic boss Gordon Strachan praised the contribution Keane had made to football and the Hoops.

He said: "Roy Keane is one of the greatest ever players to grace the game.

"It was fantastic that we were able to bring him to Celtic and it has been a privilege to work with him.

"Even in his short time with the club, Roy made a great contribution and played an important part in bringing success to the club last season.

"While we would have very much liked Roy to continue for the remainder of his contract, everyone at the club fully understands and respects the decision he has made.

"Roy's retirement will be a loss to Celtic and, of course, a loss to football in general."

Keane made his debut for the Hoops in the Tennent's Scottish Cup third-round defeat by Clyde in January.

The transfer, however, represented the fulfilment of an ambition for the Cork star.

Keane's injury problems date back to September 1997 when he suffered a knee injury while trying to foul Leeds United's Alfie Haaland at Elland Road and missed the rest of the season with cruciate ligament damage.

Keane announced his international retirement in October 2005 and on November 1 his blunt assessment of the 4-1 Premiership humiliation at Middlesbrough was pulled off the MUTV schedules.

Seventeen days later he left United by mutual consent and on December 15 he signed for Celtic in an 18-month deal. 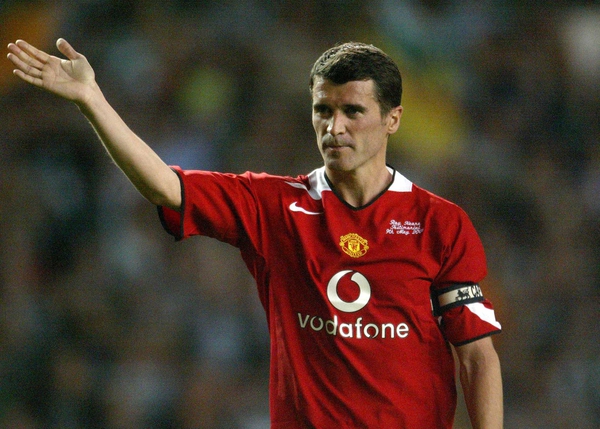