Tottenham Hotspur have confirmed that they will take no action against Robbie Keane and Edgar Davids, following their training ground punch-up.

A spokeswoman for the club has confirmed an altercation between the pair took place during a morning training session.

However, coach Martin Jol forced both players to settle their differences when he summoned them to his office on Friday.

A spokeswoman for the club said: "We see it as a sign of the players' passion and commitment. It was handbags and it's all over and forgotten now."

The row was sparked by a heated argument between the duo during a practice match and it continued to fester as the players returned to the Spurs Lodge dressing rooms.

The ill-feeling then spilled over into a brawl with punches thrown before fellow team-mates separated the feuding stars.

Keane was left with red marks on his face but Jol later ordered them to 'kiss and make up' in his office to ensure any bad feeling was not taken on to the pitch for their home game with Sunderland last Saturday.

The pair's difference appeared to be settled after David's leapt to Keane's defence when the Irishman became involved in an altrication with Sunderland's Gary Breen. 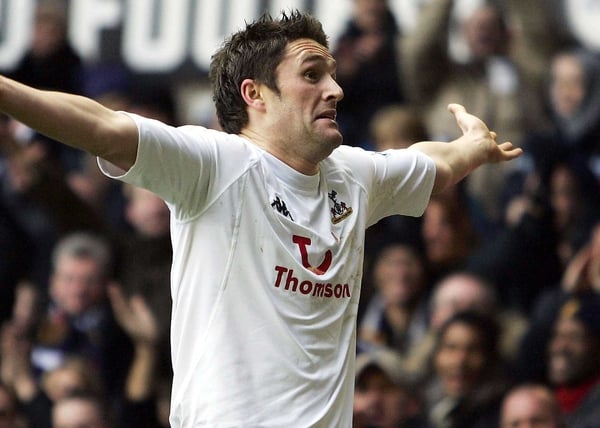 Keane on target in Spurs victory