One day after turning 34, Andy Cole rolled back the years and scored a fine brace that proved to be enough for Manchester City to claim a 2-1 win over West Ham United.

Promoted West Ham arrived in Manchester having lost only once this season but were second-best against a home side who created a host of chances.

Young Corkman Stephen Ireland kept his place in the City midfield and forced a fine save from West Ham goalkeeper Roy Carroll before tipping away a powerful Danny Mills drive.

Cole opened the scoring after 18 minutes with an expertly-taken goal as he curled the ball around keeper Roy Carroll with his right foot from wide on the left of the area.

City had two other efforts cleared off the line in the first period as they attacked at every opportunity.

Both teams had chances early in the second half with West Ham's Matthew Etherington missing the best of them when he shot straight at goalkeeper David James after breaking clear.

City got their deserved second in the 56th minute after a Kiki Musampa shot was parried by Carroll but only into the path of Cole who drove it into an empty net.

That goal more or less confirmed West Ham's first away defeat of the campaign - but there were still plenty of chances to increase the margin of victory.

None were better than the one which saw Musampa race clean through four minutes from time but, at top speed, the Dutchman could not keep his feet as he tried to round Carroll.

Substitute striker Bobby Zamora pulled one back for West Ham in the last minute after he rounded James, but it was too little too late to spoil City's day. 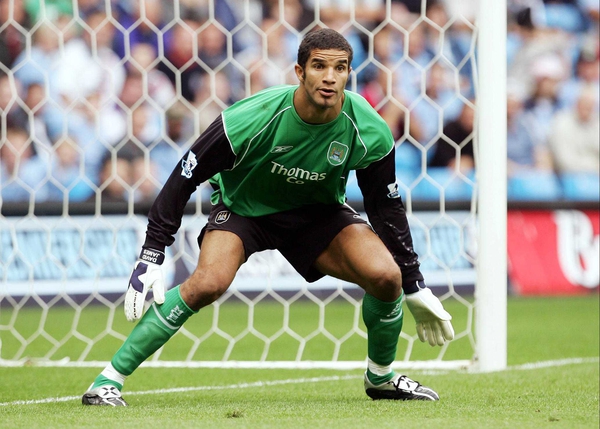