Republic of Ireland boss Brian Kerr insists the future is rosy - regardless of whether he remains at the helm.

Kerr's hopes of leading Ireland to the World Cup finals fizzled out at Lansdowne Road last night, and now the inevitable speculation regarding his future is certain to dominate over the next few days and weeks.

With his contract at an end, it is down to his employers within the FAI to swiftly announce whether they keep faith with Kerr, or start a search for a new man to lead them into the next European Championship qualifying campaign.

Although Kerr refused to comment on whether he wanted to remain at the helm, there were a number of pertinent phrases such as "I gave it my best" and  "I gave it all my all" that appear to indicate he knows his time is over after 32 months in charge.

How Kerr must loathe the sight of Switzerland, for it was almost two years ago to the day in Basle they brought the curtain down on Ireland's Euro 2004 qualifying hopes with a 2-0 defeat.

Yet while the Swiss ultimately ended Ireland's dreams again on this occasion, Kerr will look back on the crucial points dropped against Israel with deep regret, conceding a last-minute equaliser in Tel Aviv and throwing away a two-goal cushion in Dublin.

Beyond those characters, though, Kerr maintains: "There's a lot of potential within the squad.

He added: "I've brought in some new, young players. We've added to the team and there are options. There has been an improvement in some areas."

It is unlikely the FAI will see that as reason enough to keep faith with Kerr, not that he was giving anything anyway as he tersely stated: "The Association are quite clear about what I would like to do.

He then refused to expand, adding: "I don't think it's fair for me to say anything more. It has been brought up often enough in recent months and has been discussed around the block by everyone.

"The only thing I have said has been turned and twisted on its head because I answered a question honestly at a press conference announcing the squad a while ago."

That comment refers to Kerr stating he had been endeavouring privately to find out the situation regarding his future as the FAI have been stonewalling.

Kerr added: "I am not going to say any more about it no matter how many different ways you ask me the question."

For long-serving skipper Cunningham, however, last night was his final match for Ireland, at the age of 34 and after winning 72 caps.

"It's the end of the road for me, without a doubt," said Cunningham.

"I don't want to dwell on it too much. I feel uncomfortable speaking about my personal position on what is a hugely disappointing night for the entire group.

"I feel for our supporters and everybody who has got behind the team, and I am sorry we have come up short."

Holland is also considering his future, although he was clearly choked as he spoke in the immediate aftermath of such of a galling result.

"That was my last chance to play at a World Cup," said Holland, who knows time is now against him.

"I've not even considered my future. I've not even thought about it at the moment. But at the start of the next campaign I'll be 32, and by the time the European Championships come round I'll be 34.

"I don't know. It's a little bit premature to be thinking about it at this precise moment. I'll have to sit back and think about that one." 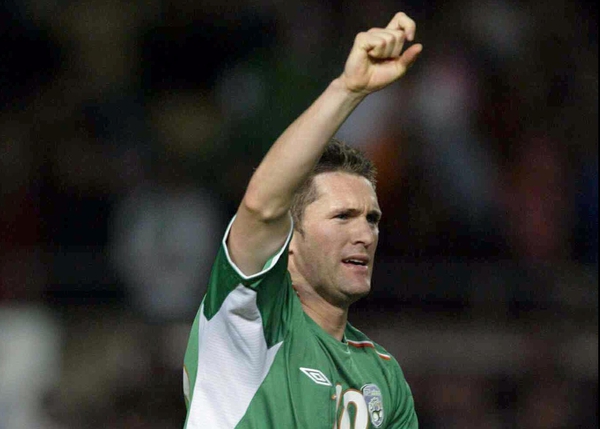