Fran Rooney's tenure as chief executive of the FAI will officially end this Friday.

Media reports this morning suggested that Rooney, who has incurred the wrath of senior staff at Merrion Square over his management style, last night accepted a six-figure severance package that covers the 18 months left on his three-year contract.

And a statement from the FAI today confirmed the inevitable: "The Football Association of Ireland has announced that Mr Fran Rooney will resign his position as Chief Executive Officer of the FAI with effect from the 5th November 2004," the statement read.

Rooney's departure had been widely anticipated following last Friday's meeting of the FAI's board of management, where the 46-year-old was backed by only three of the 60-strong council.

The FAI statement continued: "Mr Milo Corcoran, FAI President, acknowledged Mr. Rooney’s contribution over the last 18 months, thanked him for his contribution and wished him well in the future."

Rooney bowed out, saying: “I will always be committed to football in Ireland. I thank all those who worked with me in the past 18 months.  I am also grateful to the people who expressed their support for me”.

The statement added that the details of Rooney's severance deal were "strictly confidential."

It seems likely now that the Irish Sports Council (ISC) will withhold €300,000 in funding, originally earmarked for the FAI.

The ISC's chief executive, John Treacy, has demanded that the FAI use open competition to fill four new executive positions, as recommended in the Genesis report - published in the wake of the Republic of Ireland's 2002 World Cup campaign.

Rooney had favoured the internal and external advertising for the new posts, including that of director of finance. However, FAI treasurer John Delaney, Rooney's former ally, favours the promotion of Peter Buckley, currently an accountant with the association, to this post.

Rooney joined the FAI in May 2003 but soon fell out of favour with senior staff at Merrion Square. The acrimony eventually resulted in a letter of complaint being sent to Corcoran, which prompted last week's board meeting - effectively signalling the end of Rooney's reign. 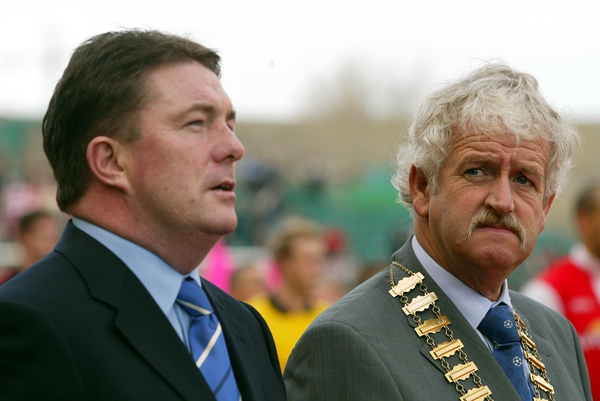 Board of Control unhappy with Rooney