England striker Michael Owen looks to be on his way out of Liverpool - possibly to Real Madrid - after sitting out the Champions League clash against Graz AK here last night.

New Anfield boss Rafael Benitez refused to discuss Owen's future but it seems clear he did not play to avoid being cup-tied in Europe.

Benitez insisted Owen's omission was a footballing decision and sidestepped any talk of Madrid. He has been offered the chance to talk about Owen's future, but has consistently declined to go public.

Even two-goal Steven Gerrard brushed aside talk of Owen's future. He said: "No-one has said anything to me about Michael. We will have to wait and see. It was a perfect result, but I would not say it was a perfect performance.

"We have to win these two legs, and this was an important game. But we used it to get fit too. We have had a good run-out and kept a clean sheet, so we are very happy.

Owen left the stadium without uttering a word and Benitez managed to avoid any direct questions on the subject.

He said: "I always play my best players and I decided on my starting 11 and Owen was not in it. It was simple, I chose to play Baros. I have four forwards and I decide to start with Baros. There are four possibilities and I chose this one.

"Owen did not play because Baros did, and I do not talk about the future. I do not know such things, he is here and one of our forwards and I am happy with that.

"I understand you want to talk about Michael Owen, but for me the important thing is that we played well and won. He did not play because Baros did. And Baros played well." 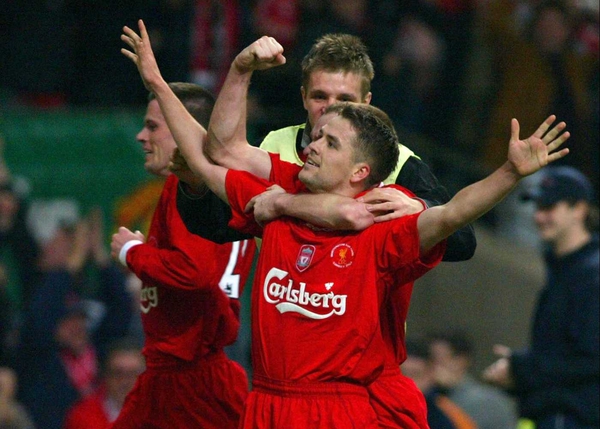