After years of planning, spiralling costs and ensuing unrest, the World Cup has begun with a Brazilian win.

The Greatest Show on Earth, as it is now branded, got under way in the best possible way for the host nation.

It’s been said that Brazilians love successful teams or sportsmen and not the sport alone, whether that’s tennis, Formula 1 or football.

The Brazilian government will be hoping the team gives them something to love after spending around €12bn on the stadiums and infrastructure projects.

There were promises that public sector would pay much of the costs, but the government has ended up footing the bill, diverting money away from vital services.

There will always be pressure and expectation on Brazil when they play, so it will be nothing they are not used to. If they fail to win the title, it will be because of on-field factors rather than any external issues.

The Rio natives or cariocas I spoke to were happy to see the world’s best players coming to play football in their country.

They said their support for the national team is guaranteed, but they would have preferred if there were better health and education facilities to go with the just-finished stadia.

FIFA for its own reasons will hope a successful Brazilian team can make a significant contribution to a memorable tournament, thus keeping its affairs off the front and back pages of newspapers across the world.

Nobody can really expect the anger to dissipate overnight however. The problems will still be there on Monday 14 July, regardless of whether Brazil win a sixth world title or not.

The theme is set to last for another two years as 2016 Olympic preparations are way behind schedule.

Meanwhile, a clear sign for me travelling around over the past two days that the World Cup is here is the number of football jerseys or national ‘outfits’ at the airport.

From the Portuguese to the Japanese to the Mexicans, a group of whom headed off to Natal with traditional sombreros and moustaches, and singing “Me-he-co, Me-he-co”.

I’ve seen countless images of Rio’s favelas in magazines and on television, but it doesn’t prepare you for the sheer scale of what greets you on first sight. 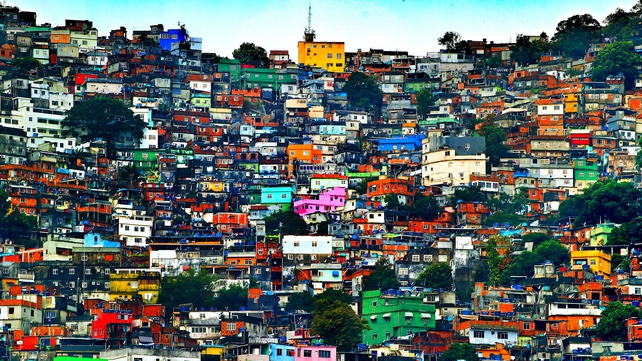 As Rio’s underused cable car passes through its first stop you are hit with a wall of small red-brick houses piled high on the cities outlying hills.

I spent Wednesday morning visiting the Complexo Alemao favela and the nearby Vasco da Gama football project in the company of Cork man Conor Hartnett.

He works for the IASESPE charity in Complexo Alemao and helps out with the running of the football project in Vasco, which is now safer and regaining its sense of community after the recent pacification by the UPP police force.

Like many other areas in Brazil, football is a common topic of conversation in Vasco, but most of the people there will only get to see the World Cup on television. FIFA even has a special lower price ticket rate for locals, but that is not enough.

Conor tells me that people in Vasco can barely afford tickets for the big Rio derbies, which are held in the Maracana, rather than the atmospheric and compact stadium in the middle of the Vasco neighbourhood.

He works with a local group that aims to improve the lives of the children in a small way through football coaching and extra classes. Because there are so many of them, children either go to school in the morning or in the afternoon, so they are free for a large part of the day. 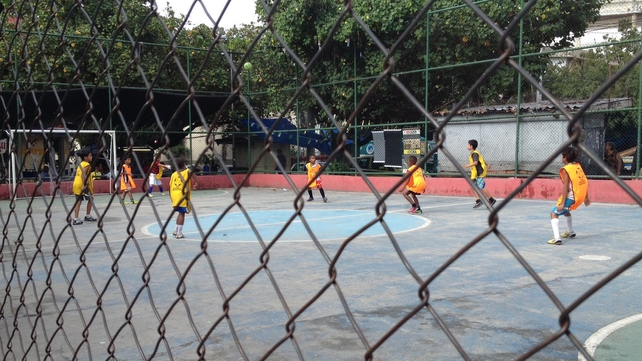 The Vasco project is designed to give them something to do with their free time, as well as teaching them some life skills. No football without proper footwear, an issue for one or two kids, and no playing if they are late or miss the extra lesson.

It may just be a small five-a-side pitch, which floods easily, but these kids celebrate goals like it’s the Maracana and complain about refereeing decisions like any pro.