Croatia left-back Ivan Strinic will miss the World Cup after failing to recover from a ruptured hamstring, coach Niko Kovac has said.

"Unfortunately, it's bad news," Kovac told a news conference, adding Strinic would not travel to the team's Austrian training base in Bad Tatzmannsdorf.

"He is looking at another 10 days on the sidelines at least and would be ill-prepared if we'd kept in him the squad, so we have no choice but to look at the alternatives.

"I feel sorry for him because he has been part of the national team for a long time but we have to be fair to the other players who are ready to jump in, although we don't have too many options in the left back slot."

The 26-year-old defender, who plays for Ukrainian first division side Dnipro Dnipropetrovsk, has made 32 international appearances and was the first choice in Euro 2012.

Danijel Pranjic, the only other natural left back in the squad, is likely to fill in his slot, having come out of his international retirement in November for Croatia's World Cup playoff win against Iceland.

Pranjic had hung up his Croatia boots in September 2012 after losing his spot in the starting line-up to Strinic but reappeared for the playoffs after Strinic got injured.

The Croatians open their Group A campaign against hosts Brazil Sao Paulo on 12 June, take on Cameroon in Manaus on 18 June and clash with Mexico in Recife five days later. 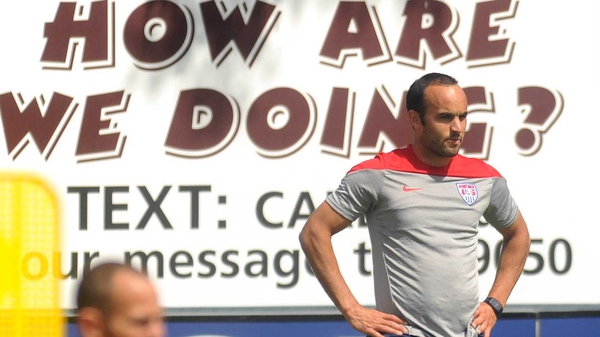