Ronnie O'Sullivan says that "nothing really matters" anymore when it comes to his snooker career.

The seven-time world champion is in Belfast this week taking part in the Northern Ireland Open.

He started his tournament last night without breaking a sweat in front of a packed house at the Waterfront Hall by the banks of the Lagan, as he beat Germany's Lukas Kleckers 4-0.

The Rocket has made three finals in the only WST tournament on the island since 2018, but on each occasion he was beaten by Judd Trump.

It was 2008 when he last claimed a title on these shores, but O'Sullivan seems to be comfortable whether he loses next time out or goes on to win the final on Sunday.

"I don't have a schedule, I just enter everything," he tells RTÉ Sport.

"The trick is to lose... if you don't want to be somewhere, then you're better off getting beat, getting home and having a few days off, and waiting to see how you feel the next week.

"Before I used to pick and choose, and I was playing better then, and I was able to do that and get away with it. Now I just enter everything, and then at some point I'll feel good and might win it.

"If I don't feel good, at least play a couple of matches, get out of the house for a few days, and then get back home.

"Nothing really matters - wins, losses - eventually something will happen. That's the law of averages."

O'Sullivan adds that he's looking forward to spending some time in Belfast, where he plans to run, and continue to do work with Eurosport even while he's still involved in the tournament.

"I want my life to be as easy and comfortable as it can possibly be, and snooker is probably the hardest thing that I have to do. I have to get my head around it and be professional.

"You've got to switch on the mind. Everything else I want it to come easy, and it does. So I don't mind having to put a bit of effort in for something, so the snooker is tough.

"Any bit of table time I get at the moment is good. I haven't played much for five months. I played for two or three weeks before Hong Kong, but I'm still quite rusty.

"I don't feel like I know my way around the table just yet, but that will come over a bit of time. I've a lot of projects on at the moment; I can't do everything so snooker is having to take a bit of a backseat.

"I'm just trying to fit it all in without driving myself crazy." 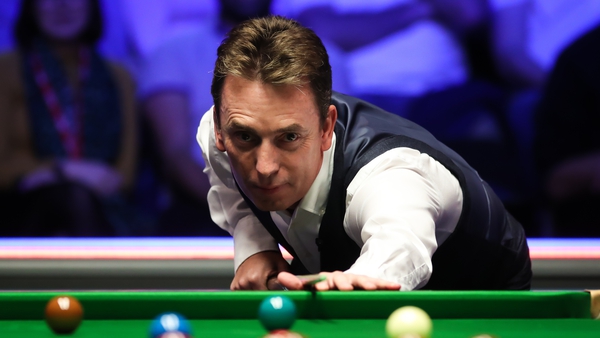