Jordan Brown is one win away from a return to the Crucible after finally seeing off teenager Liam Davies at the English Institute of Sport in Sheffield.

Brown, who missed out on a place at the World Championship last season after winning the Welsh Open, led 3-1 and 5-3 but his 15 year-old opponent, who had already knocked out Aaron Hill and Fergal O'Brien, battled to force a decider.

The Antrim man was finally able to put the match to bed at the third time of asking and he'll play Michael White on Tuesday for a place in the tournament proper for the second time.

Elsewhere, Scotland's Stephen Maguire also advanced to the final qualifying round where he'll be aiming to make a 19th straight appearance a the Crucible.

The former UK champion was forced to go through qualifying for the first time since 2003 after dropping out of the world's top 16.

Maguire hit two century breaks as he beat China's Zhang Jianking 6-3 to advance to the final round on Tuesday.

Brown's opponent White - a quarter-finalist in 2013, but now playing as an amateur after dropping off the tour - also moved closer to reaching the showpiece tournament after brushing aside veteran Mark King 6-1.

There will, though, will be no Crucible return for Ricky Walden this year after the 2013 semi-finalist was beaten 6-4 by Allan Taylor.

Ireland's 1997 world champion Ken Doherty missed out on making it into the third qualifying round on Friday night, while Michael Judge also exited at the second round stage. 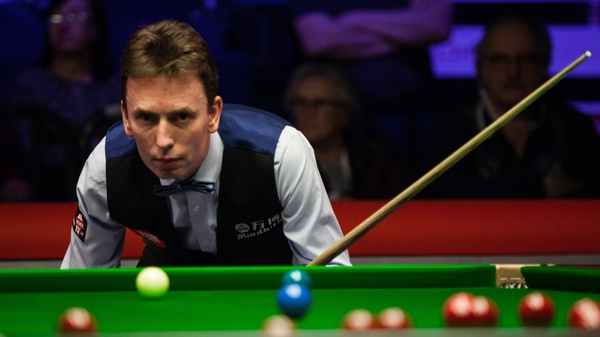