Ronnie O'Sullivan insists he could not care less about the prospect of equalling Stephen Hendry's record of seven Crucible crowns as he prepares to begin the defence of his world snooker title.

In a possible sign that the 45-year-old might be falling out of love with the game again, he went on to admit he would prefer to adopt a non-playing role in the tournament and described how he would treat his time in Sheffield as a "holiday".

"Winning the World Championship has always seemed an anti-climax to me, the same as walking out as defending champion. It is what it is, it either floats your boat or it doesn't," O'Sullivan said.

"I wish I shared your excitement about going for my seventh (title), but I don't. It suits my lifestyle, and playing snooker is probably the one part of it that I like the least.

"If I could not play, that would be great, and I could just take the other benefits of snooker, but I suppose you're never going to love 100% of what you do, so I just have to suck it up and get through some of the playing parts." 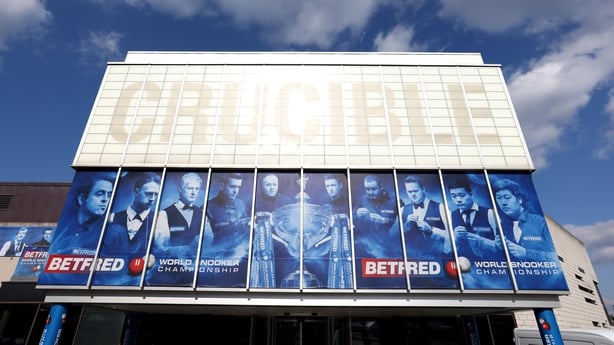 O'Sullivan soared to his sixth title late last year but has had a frustrating season by his own unprecedented standards, losing all five finals in which he has played including thumping defeats by Neil Robertson and John Higgins.

And while his easy final win over Kyren Wilson remains fresh in the mind, thoughts also inevitably drift back to the last time he faced a debutant in the draw, and was stunned by James Cahill the previous year.

Recalling his own first appearance in the tournament as a 17-year-old in 1993, when he lost to Alan McManus, O'Sullivan added: "When I first came here I found it quite strange, because you build up going to the Crucible and I didn't perform that great - I don't know why."

O'Sullivan blamed a "low boredom threshhold" for his dislike of the 17-day slog in Sheffield, but having opened a bespoke shop in the nearby Meadowhall shopping centre earlier this month, he is bound to have plenty to occupy himself for the duration of his stay.

"I'm just here to enjoy it," added O'Sullivan. "If I wasn't to do well in the tournament it's not the end of the world. I've got the shop and I've got some great running routes and it's just like a holiday.

"I've just got to go and hit a few balls - I'd rather not, but that is part of the job I suppose. It's always a grind here, and sometimes the earlier it's over the better."