Antrim underdog Jordan Brown will take on Ronnie O'Sullivan in the Welsh Open final after they both recorded 6-1 victories over Stephen Maguire and Mark Williams respectively on Saturday.

O'Sullivan lost the opening frame to Williams, with the Welshman posting a break of 73, before responding with a break of 102 as he drew level.

Breaks of 77, 54 and 69 then followed from the world champion en route to him sealing a sixth appearance in the final of an event he has won four times.

Earlier, Brown's dream run at Celtic Manor continued as he pulled off another upset to reach his first ranking final. 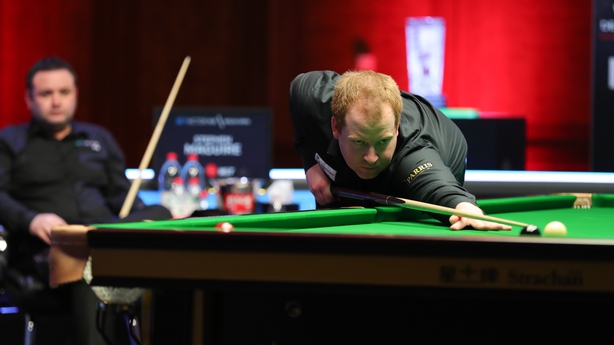 The Northern Irishman, who beat Mark Selby in the quarter-finals, fired a 135 total clearance in the opening frame against Scotland's Maguire and subsequently compiled another century in a dominant display.

Brown's previous best performance in a ranking event had come at last month's German Masters where he reached the last eight.

The 33-year-old told Eurosport: "Absolutely buzzing, over the moon, it's what dreams are made of - my first ever final.

"It's just all clicked together this week, thankfully, in the nick of time. It's just down to hard work. I practice every day. And I've always believed in myself and I've just showed it all this week."