Neil Robertson sunk the final pink to beat Judd Trump in a marathon final-frame decider and clinch his third UK Championship title in a post-midnight finish in Milton Keynes.

At almost one o'clock and with the frame well beyond the hour mark, Trump missed a golden opportunity to pot the penultimate ball and Robertson stepped in to seal an extraordinary 10-9 win.

No more than a frame had separated the pair throughout the final, and the Australian forced the decider with a nerveless break of 72 after Trump missed a simple red on 48 with the title at his mercy.

But that was nothing compared with the drama of the final frame, in which first Robertson ran aground on what was effectively a match-ball red, before Trump picked off the colours to move within two shots of what seemed a certain victory.

Robertson told World Snooker Tour he "would have been devastated to lose, I don’t know how I would have slept for the next few nights".

He had hit three centuries in the final which helped him set a new record of 13 hundreds in a single edition event, but the clash of two renowned break-builders turned into a war of attrition.

After sharing the opening four frames it was Robertson who stepped up the pace first, firing a 103 for his 11th century of tournament, then a 110 in the seventh frame to match the record and edge back into a 4-3 lead.

Trump ensured the opening session ended all square, and expectations of a change in pace continued to be confounded into the evening as both players missed chances to land what could have potentially been the knockout blow.

With the pressure evidently building, Trump edged a 40-minute opener to go in front for the first time, only to miss a chance to extend his advantage and allow the Australian to draw level.

The curious blend of high-octane potting and long swathes of safety play extended into an extraordinary 14th frame, which Trump won to level again at 7-7 after almost an hour.

Suddenly it was the world number one who seemed to have dredged up the momentum, and he took his chances to move two frames from victory when he came out on top of another gruelling safety battle on the colours.

Typically, Trump’s growing ascendency sparked Robertson back to life, and the Australian responded with a superb 115 total clearance which gave him a record-breaking boost and levelled the scores again at 8-8.

A break of 45 proved enough to nudge Trump within one frame of victory, and he looked on course to win the title after fashioning a break of 48 only to gift Robertson a second chance.

Presented with a chance to clear the colours, the pressure told as Trump finished too high on the blue and left himself with a pink he would still have backed himself to pot under normal circumstances.

Instead, Trump found the jaws, the pink drifting towards the side cushion where Robertson picked it off to wrap up victory and his first triple crown title in five years in remarkable fashion.

The Australian said afterwards: "It was a titanic struggle, we both refused to lose. It wasn’t the greatest quality, but sometimes finals are so bad they are good.

"To beat Judd, who is the best player in the world and has been so consistent in finals over the last few years, it’s up there with anything I have achieved before."

Trump called the encounter an "epic battle" but admitted it was "tough to take" the defeat.

"I bottled it at the end, simple as that. I had an easy brown to screw back, I tried to stun it as I was under pressure, but I messed it up," he told World Snooker Tour.

"The pressure got to me. Neil is an amazing player and thoroughly deserved the win. Hopefully I can learn from that." 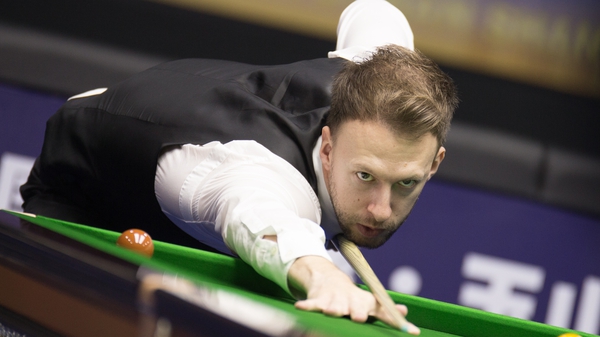