"If you look at the younger players coming through, they're not that good really."

And from there, it only got worse.

Ronnie O'Sullivan is not a man who minces his words but his latest missive against the quality of the next generation of snooker players was pretty caustic even by his standards.

The Rocket casually dismissed the rising talent in the game, adding: "Most of them would do well as half-decent amateurs, or not even amateurs they're so bad a lot of them.

"A lot of them you see now, you think, cor, I've probably got to lose an arm and a leg to fall outside the top 50."

It's certainly not the first time the 44-year-old has upset a few people.

The five-time world champion has the air of a man who knows the game probably needs him more than he needs the game at this point of his career.

We take a look at seven other occasions O'Sullivan caused a stir. 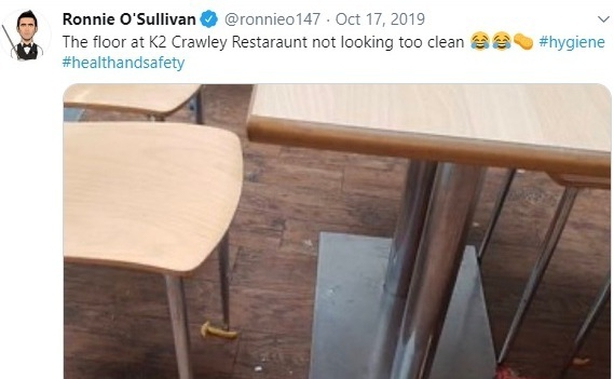 O’Sullivan was annoyed by the facilities at the K2 Leisure Centre in Crawley during the English Open. He followed his second-round win by insisting that "every day in Crawley is a day lost in my life" and criticising the equipment, claiming: "They probably didn’t have the budget to get some decent rests."

Then, prior to the start of his third-round match against Hossein Vafaei, O’Sullivan took to Twitter to criticise the perceived cleanliness of the venue’s restaurant. That was just his latest criticism of the Crawley venue, which began in 2018 when he declared it not good enough to host the tournament.

He called it a "hellhole" and added: "I don’t know what this gaff is but I’ve just done an interview and all I can smell is urine."

We interviewed Ronnie O'Sullivan after his 6-4 victory over Barry Hawkins in the Coral Players Championship....@ronnieo147 decided to do the whole interview with an AUSTRALIAN accent 😂🇦🇺

This was Ronnie at his bored, 'I-really-don't-care-about-any-of-this' best. He baffled interviewers when he began answering questions in an Australian accent after his Players' Championship win over Barry Hawkins. O’Sullivan said: "When you talk Aussie, the Aussies are just winners mate, you know? You’ve got to love a winner."

December 2018: The Messi of snooker is displeased 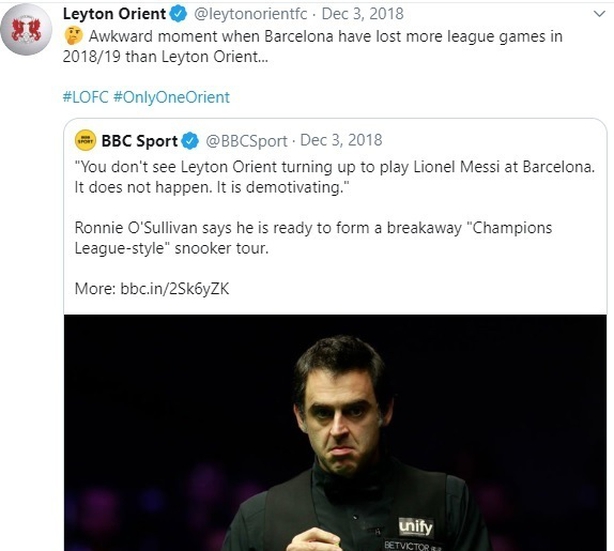 O’Sullivan started the successful defence of his UK Championship title by saying he was ready to start a breakaway tour. Unhappy at the top players entering a flat draw, he said: "You don’t see Leyton Orient turning up to play (Lionel) Messi at Barcelona. They might play in the FA Cup, not week in, week out. It’s demotivating." Leyton Orient refused to lie down without a fight. 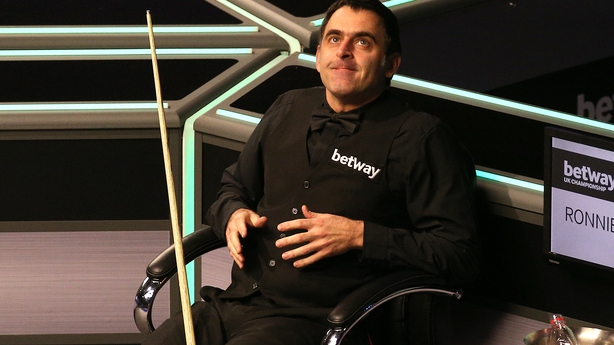 O’Sullivan said he would no longer give in-depth media interviews - something he quickly relented on - and tackled a media commitment by answering in a robotic voice. Saying he was responding to a disciplinary letter from World Snooker after complaining about a referee and a photographer, O’Sullivan answered questions in a short manner, later explaining: "I will no longer be talking in depth in press conferences or interviews because when I share my thoughts, I risk being fined." 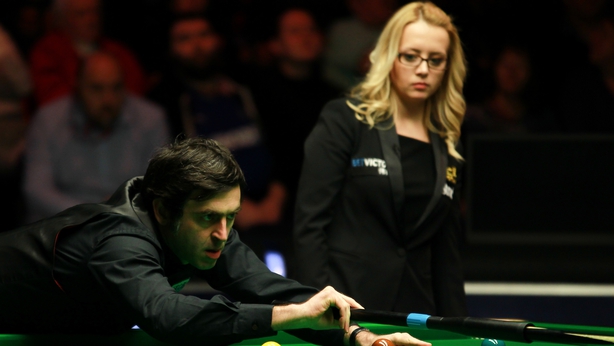 O’Sullivan turned down a 147 as he beat Barry Pinches, taking a pink for a 146 instead. Afterwards, he made headlines claiming he passed up the maximum because of the low prize money on offer.

He told BBC Wales: "I could have got on the black and possibly made a 147. I knew it was 10 grand and I just thought that’s a bit too cheap, really. To make a maxi, it’s such a massive achievement and if they’re going to pay us 10 grand, I think it’s worth a bit more than that."

March 2008: A foul-mouthed outburst in China 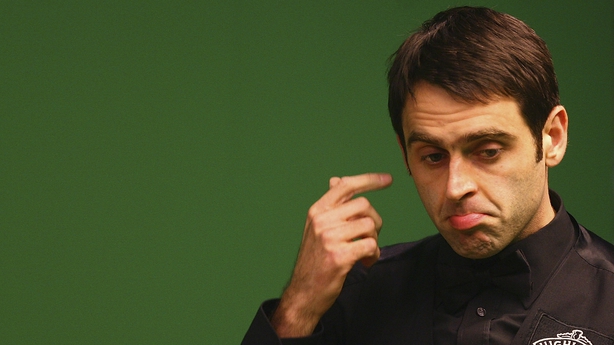 During the press conference immediately after his exit from the tournament, O’Sullivan was caught on camera making a series of inappropriate comments.

The comments were made as the questions and his answers were being translated and included: "Suck my d***." O’Sullivan later claimed he was unaware the cameras were rolling and the microphones were turned on. In response, he was made to forfeit his appearance money and ranking points from the event.

August 2020: A broadside at the new batch

How far will the Rocket go this year?

And of course, the most recent entry into this list. O’Sullivan went viral after beating Ding Junhui to book a World Championship quarter-final against fellow veteran Mark Williams.

He told the BBC: "If you look at the younger players coming through, they’re not that good really. Most of them would do well as half-decent amateurs, or not even amateurs they’re so bad a lot of them. A lot of them you see now, you think, cor, I’ve probably got to lose an arm and a leg to fall outside the top 50. So that’s why we’re hovering around - because of how poor it is down that end."