Martin Gould will begin his 10th Crucible campaign on Tuesday despite conceding he was ready to quit snooker after being driven into a "dark place" by social media abuse.

The former world number 11, who faces Stephen Maguire in the first round, said his enforced time away from the game due to the coronavirus lockdown effectively saved his career.

Gould's candid admission of mental health concerns echo those of Ronnie O'Sullivan, who revealed last year that he had taken anti-depressants as a means to combat the sport's specific pressures.

Gould, 38, said: "I was in a pretty dark place. My dad and my girlfriend were looking out for me because they knew there was something wrong.

Gould has been ranked as high as 11 in the world and won a ranking event title at the German Masters in 2016. But he said he would not be preparing for a 10th Crucible appearance had the tournament taken place as scheduled in April.

He added: "My mind, body and soul weren't in it. Lockdown saved me - if it hadn't happened I don't think I'd be sat here right now.

"I fell completely out of love with the game. I'd get to tournaments and as soon as I arrived I'd be looking at train times to see when I could go home. I just didn't want to be there.

"This is a game that can be really hard not just mentally, but physically. I've had lots of back and neck issues, and some days I don't even know if I'm going to get out of bed.

"Lockdown basically helped me get my head back into wanting to play snooker again. It was hard but thankfully my family and friends have helped me to get back focused and ready."

Snooker's governing body, the WPBSA, says it "prioritises the mental health and well-being of its professional players and has developed working partnerships with specialist organisations designed to facilitate various levels of support for a range of issues including emotional health, depression, and addiction." 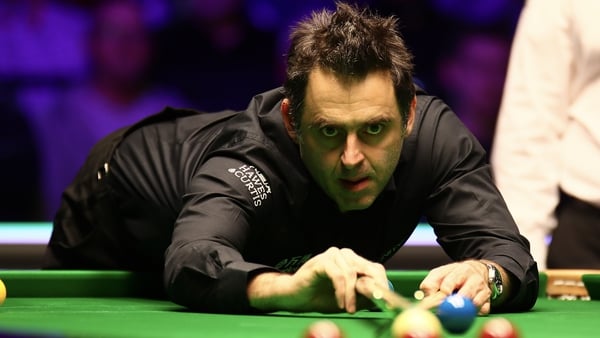