Fergal O'Brien secured a nerve-wracking but hugely significant 6-5 victory over Luca Brecel in the third round of qualifying for next week's World Snooker Championship.

The Dubliner boosted his chances of earning a tour card for next season in a gripping contest that went the full distance, with the plucky Belgian hitting three century breaks in defeat.

O'Brien was ranked 67th in the world coming into the tournament – only those ranked in the top-64 on the official two-year ranking list, or as one of the top four money earners during the 2019/20 season outside of that group are guaranteed a tour place from the start of next season and that is what the Irishman is chasing. This victory moves him into that top four earners bracket.

Brecel began in style, notching a break of 114, before the 48-year-old responded by posting breaks of 79 and 50 and edging a scrappy fourth frame.

A break of 102 was just the tonic for Brecel, with the following two frames shared to make it 4-3 in the Irish man’s favour.

The 37th-ranked Belgian picked an opportune time to rattle off his third century break with an eye-catching 127 and the momentum appeared to be swinging his way when he also claimed the ninth frame.

O'Brien made a positive start to the 10th with a break of 52, but Brecel  stepped up with a clearance made a composed break of 71 to send the game to a deciding frame.

That was an understandably cautious affair but O'Brien made a crucial break of 43 that helped him to win the frame 70-33 and seal victory.

O'Brien will now face World No 34 Liang Wenbo of China in the fourth and final qualifying round on Monday, with the prospect of a first World Championship appearance since 2017 on offer. 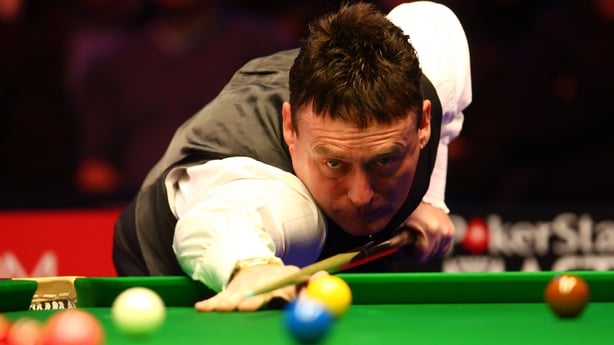 Jimmy White fell short in his latest bid to return to the World Championship as he was beaten by Robert Milkins in the penultimate qualifying round.

The six-time finalist, who has not competed at the Crucible since 2006, lost 6-1 to Milkins at Sheffield's English Institute of Sport.

A crucial moment came when White, at 3-1 down, sunk the cue ball while potting a black that would have won him the frame.

Ursenbacher, bidding to become the first player from his country to play in the World Championship, fired his highest professional break of 141 in the opening frame and was never behind in the match. 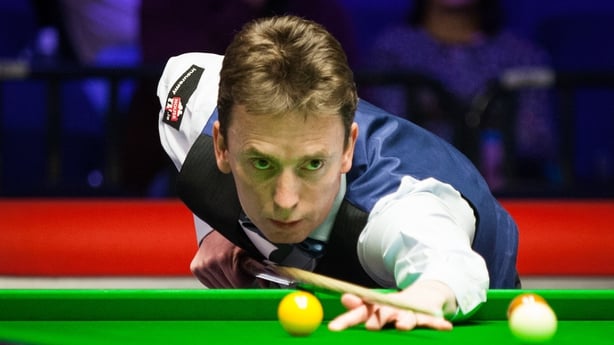 Yesterday, former champion Ken Doherty booked his place in the third round of qualifiers after holding off a fightback from Scot Fraser Patrick.

However, Patrick then won three frames on the spin, posting a match-high break of 62 in the first of those, to put the pressure firmly on Doherty.

The 50-year-old, ranked 64th in the world before qualifying, will face Englishman Mark King tomorrow afternoon when Northern Ireland's Gerard Greene and Jordan Brown are also in third-round action.