Snooker chief Jason Ferguson has confirmed his sport has no intention of reducing the size of this year's World Championship following the sport's successful return from Covid-19 lockdown this week.

Eleven days of action in the Championship League in Milton Keynes saw Belgium's Luca Brecel emerge victorious late on Thursday night in one of the first domestic events to battle through the restrictions.

The rearranged World Championship is set to start behind closed doors at the Crucible at the end of July and Ferguson, who is chairman of the sport's governing body, the WPBSA, is adamant its integrity will remain intact.

Ferguson said: "One hundred and forty-four players will start out for the World Championship, and the challenge is to ensure the access is there for every player.

"We are working closely with the government, through our all-party parliamentary group, on how we can make these processes of quarantine work and we're waiting on the next stage of reopening as well. 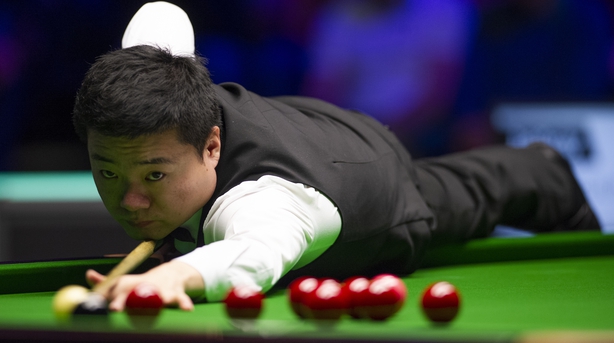 Snooker's next event, the eight-player Coral UK Tour, which is due to start on 20 June, has been hit by the withdrawal of Ding Junhui, who elected not to travel from China despite representations being made on his behalf.

The 11-day Championship League event was played under tightly-controlled conditions, with all players and officials tested for the virus - there were no positives - and required to remain at the venue for the duration of the tournament.

Some players questioned how such a necessarily sterile environment will translate onto a bigger stage but Ferguson is convinced the Crucible atmosphere will cut through irrespective of the unique circumstances.

"There is something magical about the World Championships, about walking down those steps into that arena in front of a packed crowd," added Ferguson.