As sport's global shutdown threatens to scupper the World Snooker Championship for the first time in the 43-year Crucible era, attention necessarily switches to one of its all-time greats.

Alex Higgins would have celebrated his 71st birthday on Wednesday, and few will forget the impact the flamboyant "Hurricane" had in rocketing it into a new and extraordinarily popular TV age.

Higgins, who won two world titles a decade apart in 1972 and 1982, died in July 2010 at the age of 61, after a prolonged battle with illness. Stars gathered at his funeral in Belfast and showered him with compliments.

"No one player has ever been bigger than the game, but he brought a genius quality that possibly hadn't been seen before," said his long-time rival and frequent nemesis, Steve Davis.

"Alex was one of the real inspirations behind me getting into snooker," recalled Ronnie O'Sullivan. "He is a true legend and should be forever remembered as being the finest-ever snooker player."

Higgins scuffled his way up from the Belfast streets and introduced his swashbuckling style and notorious volatile temperament to a sport renowned for its waist-coated decorum and smoke-filled gentlemen's clubs.

He blazed onto the world stage with victory over John Spencer at his first attempt, and after two further final losses he clinched his second title with an emotion-filled victory over Ray Reardon in 1982.

By then snooker was very much a permanent TV fixture, and images of a tearful Higgins beckoning his young daughter Lauren into his arms beamed around the world and emphasised a star quality which would ultimately transcend his sport. 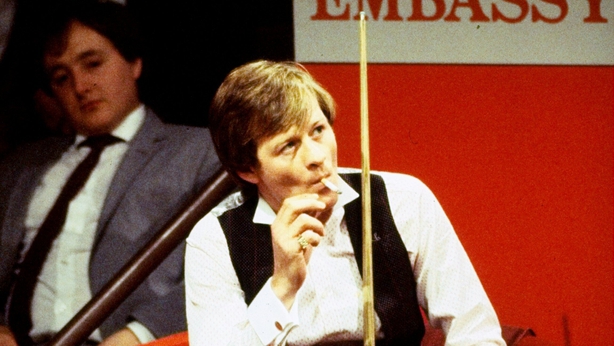 Higgins fought back from 7-0 down to edge Steve Davis in the 1983 UK final, but by the time Davis and Dennis Taylor were battling out their black-ball final in front of 18.5 million TV viewers two years later, the man who had attracted a sizeable proportion of them to the sport had started his sad decline.

Higgins' well-documented problems with drink had caught up with him. He was banned from five tournaments in 1986 for headbutting a referee, and punched a tournament official after his 1990 World Championship loss to Steve James.

Higgins' days as a chain-smoking gunslinger were numbered. He squandered millions of pounds of prize money and his final years were spent fighting throat cancer and hustling for money to feed his betting habit.

The 'Hurricane' finally blew out on 24 July, 2010. But those who flocked the streets of Belfast preferred to remember one of their own who had stunned the sporting world in his own, irrepressible fashion.

Recalling a tumultuous decade in which snooker was dragged into the households of half the nation, Higgins' former personal assistant Will Robinson recalled: "There's two things that made snooker what it is today. One is colour television, and the other is Alex Higgins." 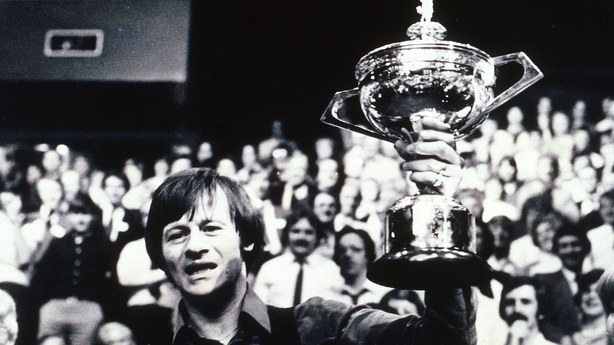 Trailing 15-14 in their best-of-31 clash, Higgins looked down and out when he came to the table trailing 59-0. But he summoned one of the most famous clearances in snooker history, despite constantly falling out of position, to retrieve the frame and go on to win the match and ultimately the title.

Higgins had clawed his way back from 7-0 down in a tempestuous clash with his old rival, and the pair went into a final frame decider locked at 15-15. Higgins held his nerve with a careful break of 44 which ultimately saw him over the line against his shell-shocked opponent.

Needing one more frame to win his second world title 10 years after his first, Higgins capitalised on a loose safety by Reardon to bullet home a long red and stick for the black. It paved the way for a stunning clearance of 135 to take the title - followed by an emotional embrace with his young daughter Lauren.

Beyond his 40th birthday and with his career seemingly set into decline, Higgins roused himself to sink up-and-coming Hendry amid incredibly raucous scenes in the final of the Irish Masters in County Kildare. Every ball of the 62 break which gave the veteran a 9-8 victory was cheered to the rafters by a capacity crowd.

Higgins recorded his highest competitive break against the former Buddhist monk Pichit, who looked on in alarm as the troubled Higgins began crying as he swept up the colours. Earlier in the match, which Higgins lost 10-5, he accused referee John Williams of being "in his line of thought".