Ken Doherty advanced to the last-32 of the Northern Ireland Open in Belfast with a 4-0 win over Soheil Vahedi in Belfast.

It took the Ranleagh potter just over 90 minutes to get through, as he finished the match with a 132 break. He will next playThepchaiya Un-Nooh, after he overcame Mei Xi Wen 4-2.

There was disappointment for 18-year-old Ross Bulman, as he was beaten 4-2 by Joe Perry, despite taking the opening frame. The Youghal-native was looking to follow up on his first professional ranking tournament win yesterday.

Jordan Brown also bowed out, going down 4-1 to Stuart Bingham.

In the evening, breaks of 71 and 64 helped home favourite Mark Allen to a 4-0 win over Jamie O'Neill, while Fergal O'Brien took the last two frames to knock Jimmy Robertson out on a 4-3 scoreline. 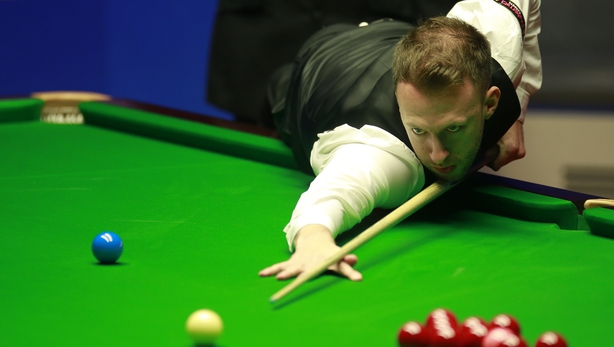 Ronnie O'Sullivan came from 2-1 down to beat Oliver Lines 4-2 in the first round and he did not have it all his own way against 16-year-old Lei Peifan, the world number 116 from China.

The youngster took the first frame with a break of 87 and levelled at 2-2 thanks to a century in frame four.

"He's a good player and he pots a lot of good balls," said O'Sullivan. "I've got a son and a daughter older than him. I don't want to keep playing people like him, he is terrifying."

O'Sullivan held his nerve, however, and wrapped up a 4-2 win with breaks of 95 and 54 to secure his place in round three, where he will play Stuart Carrington.

Three-time world champion Mark Selby stormed through in impressive fashion with a 4-1 win over Matthew Stevens to stay on track for the £1 million (€1.17m) on offer for winning all four Home Nations titles.