Gary Wilson continued his remarkable career resurrection by beating Ali Carter 13-9 and reaching the semi-finals of the World Championships for the first time.

The Wallsend 33-year-old spent six years off the tour and endured stints as a taxi driver, a bar man and a production line worker in a frozen foods factory before grasping his second chance in the sport.

And Wilson continued to make the most of his opportunity as a nerveless opening break of 117 paved the way to convert a 9-7 overnight advantage into a place in the Crucible's fabled one-table set-up.

Wilson said: "I dropped off the tour and I wasn't good enough to get back on. I was having all these uncertain times when I didn't know if I was going to be a pro again.

"I was desperate to get back on the tour and just scrape a living. So to go from that point to where I am now, in the one-table set-up, is absolutely amazing and the sort of thing you dream of."

Tenacious Carter had shown signs of life after Wilson's strong start, winning two consecutive frames including a break of 128 to narrow the deficit, but his opponent responded and a 72 in the last saw him over the line.

Wilson, whose only previous Crucible appearance saw a first round defeat to Ronnie O'Sullivan two years ago, had beaten Luca Brecel and former champion Mark Selby to reach the quarter-finals.

And he was clearly in no mood to bring his unexpected run to an end as he repelled the challenge of two-time former finalist Carter, who praised Wilson for producing "the performance of his life".

Reflecting on a now-guaranteed career-best payday of at least £100,000, Wilson added: "I remember situations when I was struggling for money and wondering what job I was going to do.

"I'd been playing since I was eight years old and I had put my heart and soul into it. I had missed school and nights out with my mates. All this makes it feel worthwhile."

John Higgins won the last four frames of the session to establish a 9-7 lead over title favourite Neil Robertson ahead of the conclusive session of the last eight clash on Wednesday night.

White's 39-year career appeared to be over after he suffered a 10-4 defeat to Carter in the second round of this year's qualifying competition.

But World Snooker chairman Barry Hearn said: "It was a no-brainer. We don't forget who we owe, and this sport owes Jimmy White." 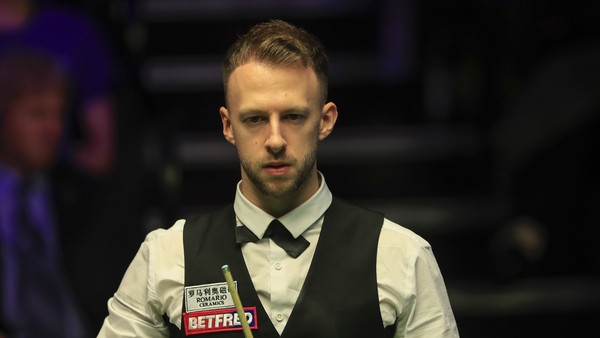