There are 128 players competing for 16 spots at the Crucible, with the main tournament set to get underway on Saturday week.

Amongst them is European under-18 champion Aaron Hill; the 17 year-old Cork native is set to face Gerard Greene from 2:30 today.

Ross Bulman, who was beaten in the European Under-21 final in February, is up against crowd favourite, and six-time beaten finalist, Jimmy White. That match gets underway on Friday.

Michael Judge, who got to the last-16 at the Crucible in 2001, and Joe Swail are the first Irish players in action. Judge is taking on Peter Lines, while Swail is up against Joe O'Connor. Dubliner Fergal O'Brien starts his campaign against Jackson Page on Friday.

Elswhere, Jordan Brown plays Alexander Ursenbacher, while 1997 winner Ken Doherty will be aiming for a first appearance at the Crucible in five years. The Ranelagh potter faces Andy Lee on Saturday.

The quest for for a place at the @crucibletheatre starts now. @Betfred World Championship qualifying kicks off at 10am here at the EIS in Sheffield.

Watch Robertson vs Chen and Holt vs Sargeant live on the ES Player
?? https://t.co/l472wOvCJH #ilovesnooker pic.twitter.com/EOdbHaPkV1 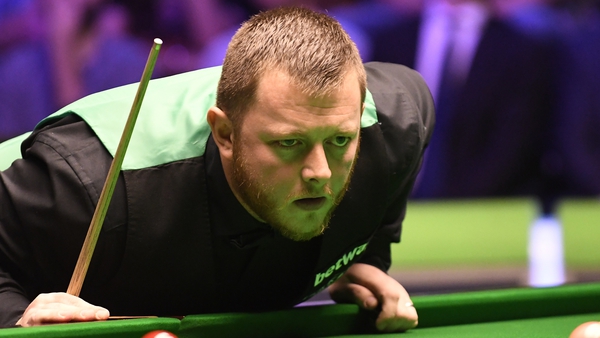 Mark Allen: I want to be known as Northern Ireland's best ever player