Day won the opening frame with an 83 clearance after Bingham had missed a red to the middle on a break of 48, but the former world champion hit back immediately with a clearance of 100 to level the scores.

Bingham took the next two frames as well with breaks of 84 and 103 and although the fifth frame was a tighter affair, Bingham held his nerve on the colours to get over the line.

"The way it started I had a chance for a max, went for it and missed a red in the middle and Ryan made a great dish and I thought I was in trouble," Bingham said at the trophy presentation.

Day was magnanimous in defeat, adding: "Stuart's been the best player all weekend, he's been bashing everybody up. It's been a long day today and I finally hit empty in the reserves."

The victory completed an excellent day for Bingham, who earlier secured his place in next week's Coral Tour Championship.

David Gilbert's hopes of edging into the elite tournament ended with defeat in the quarter-finals in Gibraltar, leaving Bingham and Kyren Wilson to take up their place in the eight-man event with a top prize of just over €175,000.

The tournament, which takes place at Llandudno's Venue Cymru, gets under way on Tuesday. Wilson will take on Mark Allen, Bingham faces Ronnie O'Sullivan, Neil Robertson is up against Mark Selby and Judd Trump plays Mark Williams. 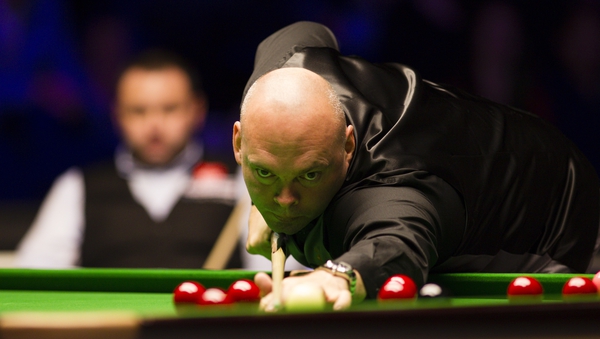