John Higgins crashed out of the Scottish Open after a surprise 4-2 defeat to Alfie Burden.

Higgins, who knocked in a magical 147 en route to beating Gerard Greene in the second round on Wednesday, started well with breaks of 82 and 57 to lead 2-1 but lost the final three frames at Glasgow's Emirates Arena.

The four-time world champion had progressed to the last 16 earlier in the day with a 4-0 whitewash of Yan Bingtao.

Shaun Murphy recovered from 3-2 down to beat world number 10 Kyren Wilson and complete a 4-3 victory to reach the last eight. Murphy made breaks of 61, 124 and 82 and will play Sam Baird next after he came from 3-1 down to win 4-3 against Ali Carter.

Elsewhere, Ding Junhui is out after losing 4-2 to Ryan Day but Judd Trump is safely through following a 4-1 success against Ian Burns. 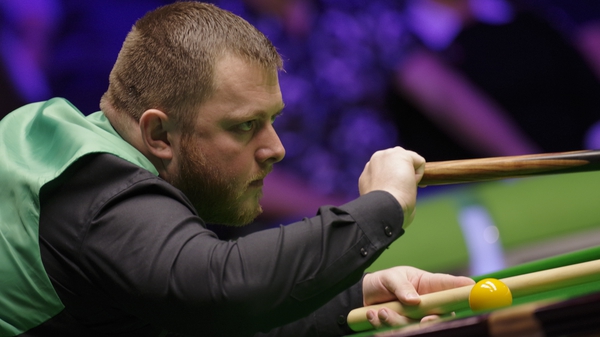 Allen through in Scotland as Higgins goes to the max