Mark Selby and Anthony Hamilton were the two notable casualties in the first round of the Ladbrokes World Grand Prix.

Selby lost the first two frames but replied with an 87 - only for Pinner's Gould to move within a frame of victory with a clearance of 142.

'The Jester from Leicester' hit back though, edging the next frame and taking the contest to a decider with a clearance of 64.

However, Gould maintained his composure and - after a rerack - made sure of his place in the last 16, helped by a break of 54.

He told ITV4 afterwards: "It's always a big win - he's the comeback king. I felt really good out there all match.

"I'm slowly but surely learning to be a fast starter - sometimes I'm slow out of the blocks," added the 35-year-old, who plays Masters runner-up Joe Perry in the second round.

Joining him there is Allen, who hammered Hamilton 4-0.

The Northern Irishman took control with breaks of 55, 85 and 78, then finished the job impressively with a clearance of 140.

Elsewhere there were 4-2 wins for Neil Robertson and Ding Junhui - against Ricky Walden and Yu Delu respectively.

Ronnie O'Sullivan is Robertson's opponent in the second round and the Australian said: "It's going to be nice to go into a game where no one expects me to win." 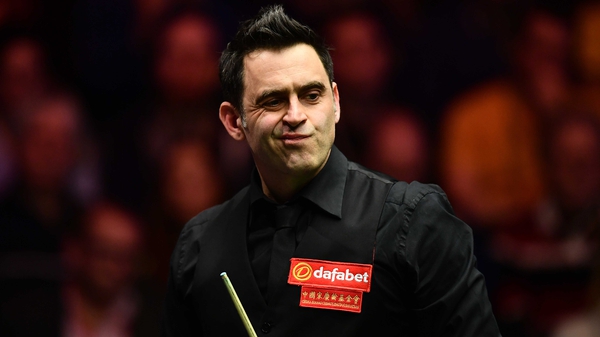