Ronnie O'Sullivan created history as he sealed a record seventh Masters title after coming back to defeat Joe Perry in a 10-7 triumph at Alexandra Palace.

O'Sullivan's victory means he has surpassed Stephen Hendry's tally of six Masters trophies as the 41-year-old fought back from 4-1 down to retain the crown that he won in emphatic fashion in last year's final against Barry Hawkins.

But it did not start well for the 'The Rocket' as Perry won the opening two frames, with an out-of-sorts O'Sullivan struggling before he eventually got on the board with the aid of a 58 break in the third.

Perry moved further ahead to 3-1 courtesy of a 74 clearance and continued his fine form to take the fifth frame when he put together a 115 break but O'Sullivan hit back.

'The Gentleman' started to miss crucial balls and that helped the five-time world champion take the next frame courtesy of a 42 clearance before breaks of 44 and 55 ended the afternoon session at four frames apiece. 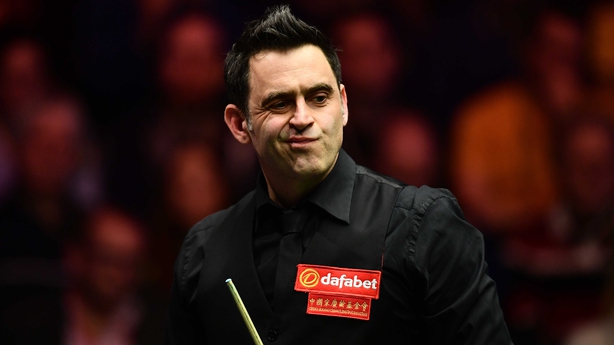 The evening session kicked off with O'Sullivan coming out on top in a lengthy tactical battle to go ahead for the first time in the match.

He took the next with scores of 68 and 56 in two visits, despite a break in play as a spectator needed medical attention, with 'The Rocket' needing a blue for frame ball in his first visit - which he missed, but to no ill effects.

The Essex cueman took the 11th frame and then won his seventh successive frame in the 12th with a clearance of 85 as O'Sullivan powered into a 8-4 advantage at the mid-session interval in the best-of-19 contest.

Perry managed to stop the rot in the next to get on the scoreboard for the first time in the evening session courtesy of a 117 clearance - the highest of the match - with the Wisbech potter supporting that by closing O'Sullivan's advantage to two frames with a break of 92.

O'Sullivan capitalised on a missed red by Perry to take frame 15 with a clearance of 112, leaving him just one frame away from making history, but he missed a straightforward black to gift Perry the frame and reduce the score to 9-7.

Perry raced into a 39-0 lead in the 17th frame but he could not stop 'The Rocket' from fighting back to seal an historic seventh Masters title. 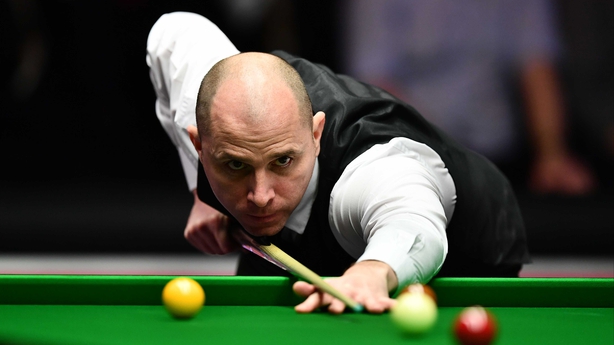 O'Sullivan dedicated his record-breaking win to the late Paul Hunter. Hunter died from cancer at the age of 27 in 2006 and World Snooker chairman Barry Hearn announced last year that the Masters trophy would be renamed after the three-time winner.

Hunter was a popular player on the circuit and was praised for his community work and for bringing more focus to the sport - and O'Sullivan was honoured to be the first recipient of the newly named trophy.

He told BBC Two: "I won the Paul Hunter Classic in Germany and that meant so much to me, but a player of Paul's stature and what he did for the game, especially this tournament - he deserves to have his name on this tournament.

"He will never be forgotten, all the players loved him. You are there in our hearts and minds and we all love you."

Of his own achievement, O'Sullivan said: "It's great to get some records and there is still the World Championships to get so I will try to get that one off him (Hendry) as well. But when I was young, I was happy to have won one so to have won seven so there must be someone up there looking after me.

"I am not greedy, I appreciate every opportunity I get to come and play in front of these fantastic people so I am happy to be here."

Perry feels he has proven he can compete in more tournament finals in the future as he looks to build on his first Masters final appearance.

He said: "I proved a lot. I've prove that there's still a bit of life left in me and it's giving me a lot of belief to go on and keep plugging away to try and win a big one.

"Yeah, to be fair I got him on a good day really, he didn't really get into full flow today and I lost my way at 4-1 and I think I got a bit carried away with myself and lost it a little bit. I had my chances so fair play to Ronnie, even when he's not at his best he is still brilliant."