Ronnie O'Sullivan notched two century breaks as he secured his place in the Scottish Open quarter-finals in Glasgow with a 4-2 win over Mark Allen.

O'Sullivan, who had beaten close friend Jimmy White by the same score earlier in the day, raced into a 2-0 lead against Allen thanks to successive breaks of 104 and 103.

Allen responded with a break of 74 to take the third frame, but O'Sullivan compiled an 85 to regain his two-frame cushion.

Northern Irishman Allen refused to surrender and took the fifth frame with a break of 80, but O'Sullivan hit back again with another half-century to settle the match and set up a last-eight clash with world number three John Higgins.

Scot Higgins did not lose a frame in his best-of-seven fourth-round encounter with Dominic Dale.

Judd Trump will play Robert Milkins in the last eight after defeating Kyren Wilson 4-2 and China's Liang Wenbo edged out Barry Hawkins 4-3 to set up a meeting with countryman Yu Delu, who beat Sean O'Sullivan by the same score.

Milkins compiled three half-century breaks in his 4-3 defeat of Anthony Hamilton and in-form Marco Fu racked up breaks of 141 and 96 on his way to a 4-3 win against world number seven Neil Robertson.

In the last eight, Fu will play Mark Davies, who overcame Mark Williams after a tense deciding frame to win by the same score.

Earlier on Thursday, Ronnie O'Sullivan beat close friend White 4-2 in the third round match and said afterwards he had no problem playing two tournament matches in one day.

"It's easier," O'Sullivan told Eurosport. "I think these tournaments, it should be done in maybe four days.

"We all play two matches in one day, best of sevens. It gives you a bit of time to get a bit of rhythm and you feel like you can get some snooker under your belt and maybe play the final on the fourth day, or something like that. 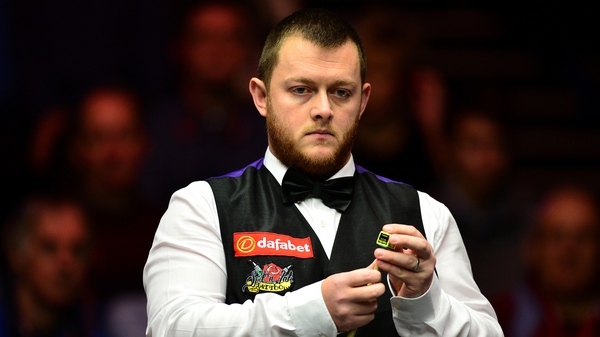