Ricky Walden is through to a second consecutive ranking final after edging past John Higgins 6-5 in a tight semi-final at the China Open in Beijing.

Walden, who had held the lead for much of the match, was pegged back at 5-5 after fouling on the final black when he looked set to seal victory.

However he responded in emphatic style, knocking in a superb 131 to seal a place in the final, maintaining the form shown in the Players Championship last week.

"It was a great match. I scored heavily throughout and made a couple of mistakes, which is always going to happen in a best of 11," Walden told the worldsnooker.com website.

"You have to play well to beat someone as good as John.

"Last week's run gave me a lot of confidence and that has helped me through some tough games this week. I have tried to stay as relaxed as possible and I've played some good snooker. To get to two finals in a row is pretty good, especially compared to my previous form this season."

Walden will meet Judd Trump in the final, after the world number seven thrashed Stephen Maguire 6-0.

Trump started emphatically with an opening break of 100 but was not at his best as he continues he search for a first ranking title since 2014. 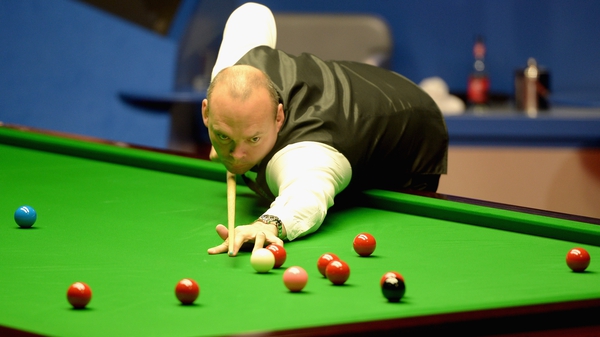