John Higgins saw the defence of his Welsh Open title end at the fourth-round stage as he was beaten by Michael White in Cardiff.

The four-time world champion went down 4-1 to the Welshman, who advances to a quarter-final against world number nine Mark Allen.

Didn't score as well today but potted them when it mattered. Another good win. Hopefully three more to go #WelshOpen

Ronnie O'Sullivan eased through to the last eight as he overcame China's Yu Delu 4-1.

Delu took the first frame as he fluked a respotted black, but O'Sullivan powered back to take victory.

O'Sullivan said on BBC Sport: "Yu Delu is a brilliant player, so I was a bit nervous at the start.

"I maybe was giving him a little bit too much respect. I lost the first frame, but got some momentum going after."

O'Sullivan will now play world number one Mark Selby, who saw off another Welshman in former world champion Mark Williams 4-2.

His slip-up allowed Perry to level the match and then go on to take victory in the deciding frame. 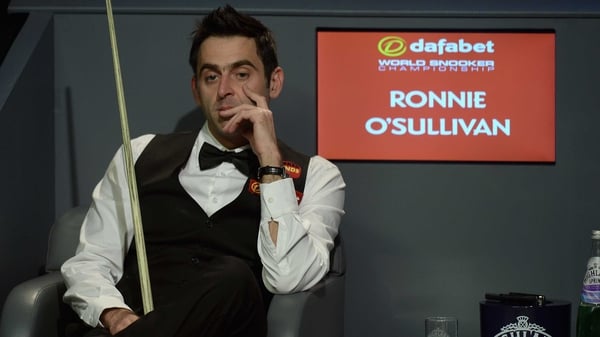