Ken Doherty is through to the second round of the Welsh Open following 4-0 whitewash of Lu Ning on Monday night.

The former world champion didn’t waste any time seeing off his young Chinese opponent and he secured victory with high breaks of 65 and 64 in the closing frames.

He will now face David Gilbert, who also had a four frames-to-nil win over Zhang Young.

Doherty turned professional in 1990 and the 46-year-old has won twice at the Welsh Open in the past, though he has struggled in the big tournaments of late.

So this win will come as a confidence boost as he aims to make an impression in Cardiff.

Earlier in the day crowd-favourite Ronnie O'Sullivan controversially turned down the chance of hitting at maximum 147 break, instead settling for 146, in protest at what he saw as the 'cheap' £10,000 prize on offer.

Don't know what all the fuss is about @ronnieo147 not going for the 147 today,I missed the black on purpose cos I didn't like the car 😂😜😁😏

World number two Stuart Bingham suffered a surprise 4-1 defeat to Anthony Hamilton but Judd Trump, sixth in the world, progressed to the next round without dropping a frame against Michael Leslie. 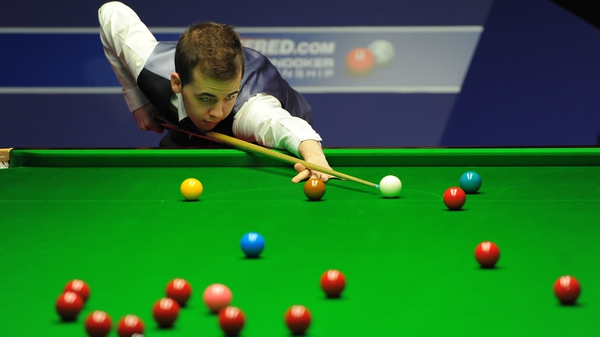