Gary Wilson will face Mark Selby in his first appearance in a ranking final after he beat defending champion Ding Junhui in the China Open semi-finals on Saturday.

The 29-year-old former taxi driver was 3-1 down to home favourite Ding but fought back to establish a 5-3 lead - with impressive breaks of 97 and 112 putting him in the driving seat.

Ding refused to give up his title easily and levelled to take the semi-final into a deciding frame - with Wilson hitting a match-winning break of 72 to move into Sunday's final.

The world-ranked 56 will face a stern test if he is to make a success of his first final as he takes on world champion Mark Selby.

The world number one is in fine form and eased into the final by beating Kurt Maflin 6-3 in the day's first semi-final.

The duo shared the opening six frames before Selby pulled one ahead by taking the seventh on the final black and did not look back.

"It was a good match all the way through," Selby told www.worldsnooker.com. "Kurt took his chances but in the end I got the bit of run of the ball you need. That's definitely the best I have played this week." 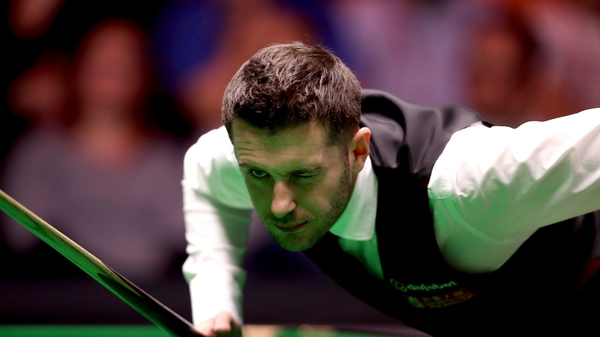