Ronnie O'Sullivan has withdrawn from the China Open for undisclosed "health reasons", World Snooker has announced.

The five-time World, UK and Masters champion qualified for the tournament with a 5-1 win over Luca Brecel last month but will not travel to Beijing.

A statement from World Snooker read: "Ronnie O'Sullivan has pulled out of next week's China Open world ranking event for health reasons.

"O'Sullivan was due to meet either Robin Hull or Yan Bingtao in his opening match in Beijing on the evening of Tuesday 31 March, so the winner of that match will receive a bye to the last 32."

Even without snooker's most recognisable star, the tournament will retain its mass appeal - particularly in the host nation, with Ding Junhui the defending champion as he takes on Scotland's Marcus Campbell in round one.

The event begins next Monday, with matches contested over the best of nine frames in the early stages, 11 in the semi-finals and 19 for Sunday's final. 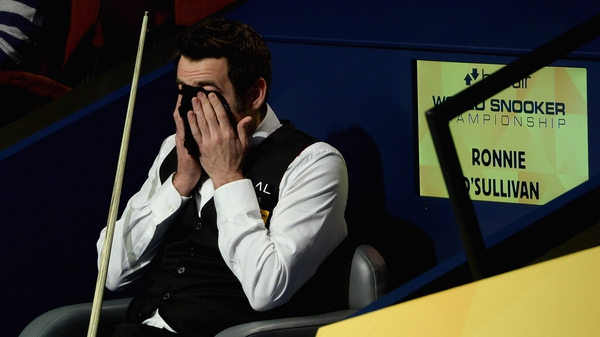