Mark Allen is through to the second round of the German Masters in Berlin after a 5-2 win over former world champion Mark Williams.

Allen will play Shaun Murphy in the next round.

The Chinese player won a record-equalling five ranking events last season but has struggled recently and missed a match-ball pink in the eighth frame on the way to a 5-4 loss.

Day, who now plays Alfie Burden, said on worldsnooker.com: "Ding had two pops to win the match in that penultimate frame and I thought it might be all over."

Ding's world number one ranking is now under threat from Ronnie O'Sullivan, who eased into the last 16 with a 5-1 win over Mark Davis to set up a meeting with Joe Perry.

"I'm not bothered about being number one or about winning, I'm just enjoying my snooker," said O'Sullivan. "I've played well for the last three or four years and I want to keep that going as long as I can."

Trump, beaten in the final by Ding last year, saw off Martin Gould 5-1 and Selby won by the same scoreline against Peter Ebdon.

Neil Robertson did not lose a frame to Xiao Guodong and is also through to the last eight, where he will play Stephen Maguire. 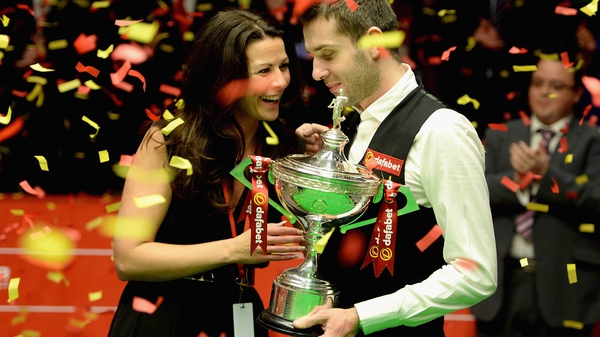