David Morris has spoken about returning to snooker rejuvenated after a year away and how, even after his remarkable run in the UK Championship, he was hungry for greater success.

Kilkenny man Morris stunned the world of snooker when he beat World Champion Mark Selby in York before going on to beat David Gilbert, a player almost 30 places higher than him in the world rankings.

Although he subsequently lost in the final 16 to Stephen Maguire, Morris very much announced himself as a serious talent on the tour.

Speaking to RTÉ Sport, Morris said he was delighted with how the run went and that he had got good experience from playing the world’s players.

However, he admitted that there was a small element of regret that, having played so well, he had not gone even further.

“Even though it was probably a good tournament, and I might have taken that before I played, once you get that far you’re still disappointed to lose and not get any further,” Morris said.

The 26-year-old also spoke about the year away from the game which he took two years ago, and why the break had been good for his game.

“I was going over to matches in England, and I wasn’t even hurt when I lost,” he said. “And I thought, ‘This isn’t right. I’m not really grasping the opportunity I’d been given.’

“So I took a year off to see how I feel, and I came back then, had a few practice games, and felt, you know, I wouldn’t mind giving it a shot.

“And then once I got into the competition of it again, I felt like I could do damage, because I was much more mentally prepared, probably more pumped up to do something in the game rather than just making up the numbers.”

“I was going over to matches in England, and I wasn’t even hurt when I lost" - David Morris

Reflecting on the UK Championship, Morris said had been calm in his final-16 match against Maguire, and that he mainly felt pressure during the earlier rounds.

“The pressure was somewhat off me and I felt pretty confident, [whereas] in the early rounds, you’re trying to get through the first couple rounds because there are so many ranking points on offer, a loss really hurts your ranking. So once you can get by that you can relax and get into the tournament and play your own game.”

Morris said that before he had even considered the challenge of world champion Selby, he had had to face Chinese player Li Hang, who he had met twice previously without success.

“I was thinking I could have had an easier draw than playing him and then playing Mark Selby. To be honest, I was 3-1 down to him in the first match, and getting through that match lifted me a lot.

“And I actually fancied playing well against Selby – maybe not winning but at least running him close – but once I got near the end, I was happy I was able to make good breaks under pressure.”

After Selby, Morris faced the immediate challenge of getting over the excitement of a remarkable win and preparing for his next match against David Gilbert.

In the event, Morris prevailed, beating Gilbert 6-2, and he spoke about how this was noticed by one of the game’s greats.

“Stephen Hendry came up to me after I won my next game against Dave Gilbert and he said that was probably a more impressive win, because so many people lose the next game after having a big win, because they think that’s their tournament won.” 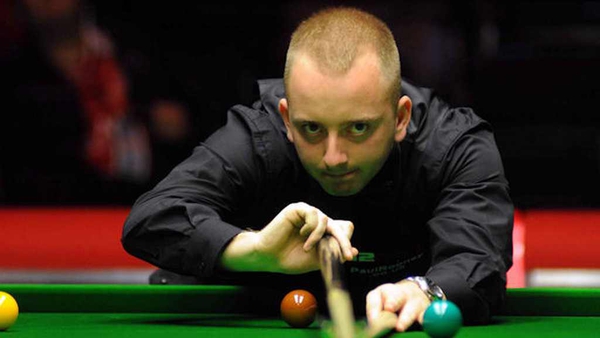