Anthony McGill potted the biggest win of his life and a first quarter-final appearance at the Coral UK Championship as he toppled fellow Scot John Higgins in a thriller that went to the wire.

The 23-year-old Glaswegian looked to have let the occasion of going head to head with his snooker idol get to him when he surrendered a 4-1 lead and allowed Higgins to pull level at five frames each.

But Higgins could not take the chances that came his way in the deciding frame at York's Barbican Centre, and McGill cut in the final red before clearing to the pink to clinch a 6-5 win.

McGill has been tipped for a major breakthrough as Scotland's next big thing but has only one notable quarter-final appearance behind him, at the Indian Open last season.

He could face Ronnie O'Sullivan next, with the four-time UK champion first having a Thursday evening assignment against Matthew Selt to tackle.

Despite flickers of excellence from Higgins, who made a break of 129 to force the decider, McGill put his win down to the 39-year-old's inconsistency.

"I think it was more to do with John's lack of form really," McGill said.

"He gave me a lot of chances there and usually he doesn't so I was kind of lucky today.

"I heard he was playing really well, and thought 'here we go' but he must have left it in the dressing room."

While world number 38 McGill edged through, ninth-ranked Stuart Bingham had a remarkably easy time of it against Ricky Walden, the recent winner of the International Championship.

Bingham reached the semi-finals in York last year, beating O'Sullivan before falling to eventual champion Neil Robertson, and he coasted to a 6-0 victory over Walden. 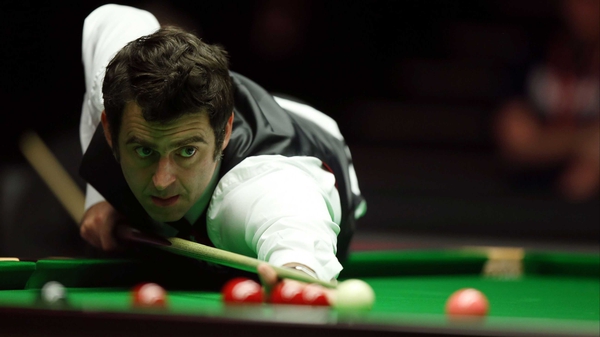 O'Sullivan cruises through in York